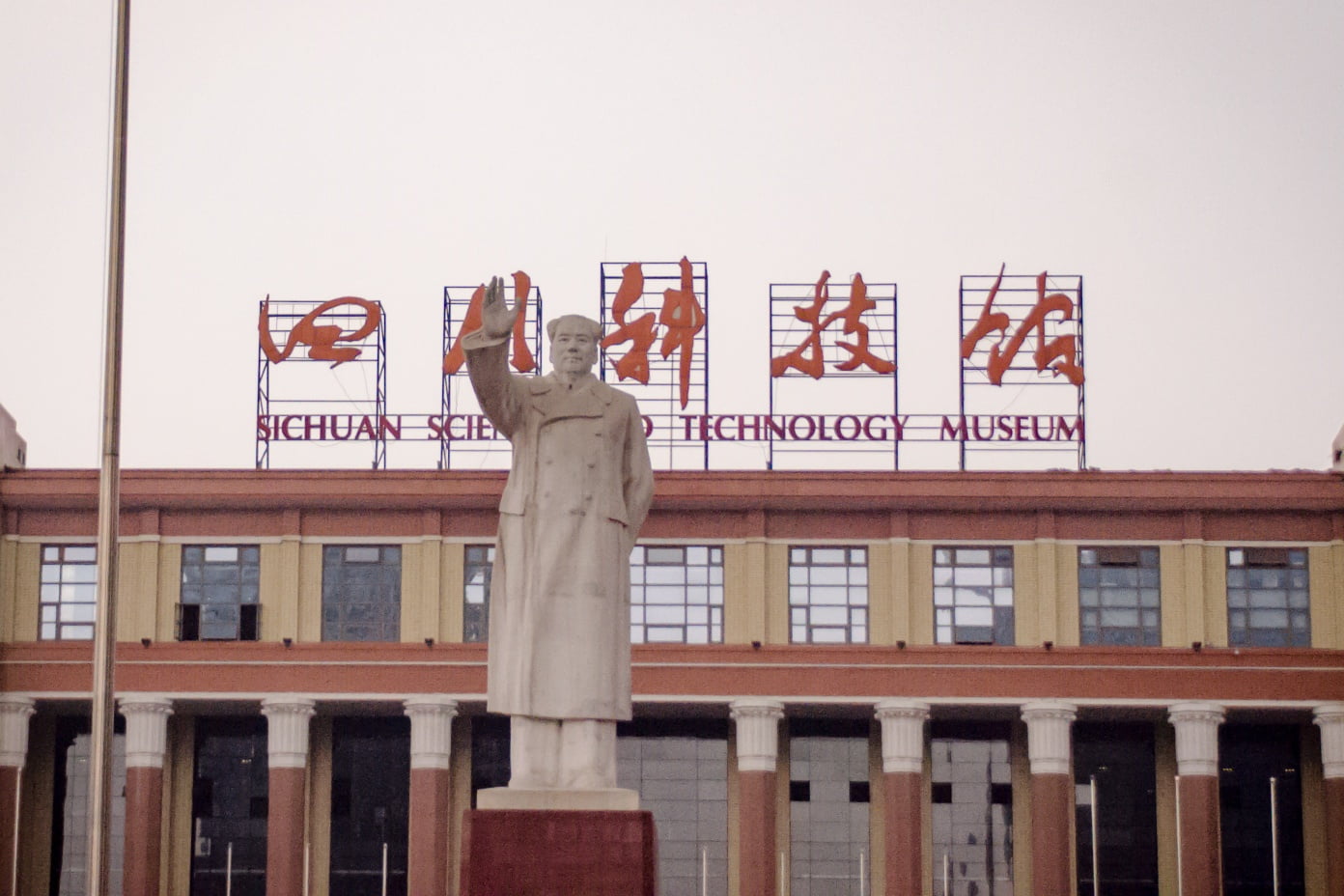 Things to Do in Chengdu: Table of Contents

Where, How?
Chengdu on C&C
Best Time To Visit Chengdu
Personal Notes
Where to Sleep
Let’s Eat!
Let’s Go For a Drink
What to See and Do
Tipping in Chengdu
Common Scams & What to Avoid
C&C’s Google Map of the City

Things to Do in Chengdu: Where, How?

Airport Notes:  The airport is found on the outskirts of the city. It is one of the country’s main air hubs. It offers flights to and from international destinations, most of China’s major cities, as well as some of Sichaun’s smaller cities.

Transportation to-and-from the airport: There is an express service operated by Bus #1 that plies the route between the airport and Chengdu. Otherwise, you can also take the high-speed train to Chengdu South. Using a taxi is the best option if you aren’t travelling light or if you have travelling companions.

Intra-City Transportation:  The Chengdu metro cuts through from north to south, connecting the railways on both ends together. The bus system, on the other hand, is extensive with its buses plying the city’s streets. The green or blue taxis are the city’s official taxis equipped with meters. The motorized pedi-cabs are also a viable option for moderate distances. There are bicycles for hire at most guest houses.

Beware of scammers who prey on tourists. They are found both inside and outside the airport terminal and have fake though official-looking identification.

In the suburb of Dujiangyan, Taoism and ancient engineering intermingle. On the western and southern part of the Funan River are teahouses and temples from a more cultured time. At Chunxi Road, the contrast between the city center and Old China is evident. Yulin is the best place to eat out. Flower Town, especially during the spring time is great to venture to for day trip.

IMPORTANT NOTE: Remember that Google Maps isn’t very much used in China. It’s one of the only places in the world where most businesses aren’t in there, and there’s barely any reviews.

Navigation tips: Chengdu is easy to navigate thanks to Jinjiang River which traverses the city. If you can’t find your way, follow the river until you get to a metro station to get you to Tianfu Square – the heart of Chengdu. The latter is identifiable by a giant Mao statue at the middle.

More About Chengdu on C&C

Things to Do in Chengdu: Personal Notes

The most famous image of Chengdu, the capital of the Sichuan province, is the gigantic statue of Mao Tse Tung that was erected in the middle of the city. While impressive, it is the food, however, that stays in most people’s minds once they have visited. The food is the spiciest in the world and it is absolutely delicious and addictive. The Sichuan hot pot is basically an original Chinese version of the French fondue. It is a pot of boiling broth and oil, containing a very impressive amount of Sichuan peppercorns and dried chilies. An all-you-can-eat buffet of wonderful ingredients can be dunked into the broth, which imparts an incredible chili flavor. The chilies’ heat is cooled down by the peppercorns, numbing your mouth and allowing you to continue to eat the spicy food. It becomes a vicious cycle of eating and drinking beer because once you stop, you’ll start feeling your mouth burning. For a lot of people, this is the number one reason to head to Chengdu.

Many people in this part of the world want to practice speaking English. I was in a restaurant on the outskirts of the city, having a Sichuan hotpot with a friend. A group of kids from a high school nearby sat down next to us and tried to practice their English while we were eating. It was rather strange to be surrounded by a bunch of Szechuanese kids asking us tons of random questions!

There’s also a strange display going on on weekends in the “Park of the People” downtown. Click here to read all about it.

Things to do in Chengdu – Sichuan hotpot – CC0 / Public Domain

Things to Do in Chengdu: Where to Sleep

Chengdu has budget, mid-range and high-end options for accommodation. You are however are better off with something budget or high-end. Mid-range options are mostly not what they present themselves to be.

The Shangri-La has amazing views of the city from above but if you are willing to dig deeper into your pockets, go for the Horizon Club. Its club lounge is a great place to be when the buffet opens and the very friendly staff start to stream in with complimentary beverages and teas. Other major hotel chains are also in Chengdu, such as InterContinental Century City Chengdu, Chengdu Marriott Hotel Financial Centre and Grand Hyatt Chengdu.

For something on the budget side however, try the Loft Design Hostel or Lazy Bones Backpackers Boutique Hostel.

Travelling With Hotel Chengdu Wide and Narrow Alley is well-rated and affordable hotel.

Things to do in Chengdu – Mapo Doufu – CC0 / Public Domain

Things to do in Chengdu – Grilled Rabbit

Things to Do in Chengdu: Let’s Eat!

The local food in Chengdu is a must-try. For the best Sichuan comfort food,  head to Chen Mapo Tofu (197 Xi Yu Long St), one of the oldest restaurants in Chengdu. As the name of the restaurant suggests, they are known for their signature Mapo Tofu, which they claim to have started serving 100 years ago. They also have a variety of other local dishes such as Dan Dan Mien and twice-cooked pork belly. Be sure to head here early as they usually have a long queue!

Want to experience a glimpse of Chinese Opera whilst enjoying a Sichuan hotpot? Well then Da Miao Hotpot (KuanZhai Alley Zhai Alley 11) is your place to go! They serve traditional hotpot with the option for half mild and half spicy in case the heat becomes too much. They have an English menu which makes ordering much easier. It is also located near some alleys where you can explore and shop before or after the meal.

There are hundreds of spectacular Sichuan hotpot restaurants in town. 90% of them are excellent. Here’s my tip for knowing how serious the place is: walk right in, excuse yourself from the hostess, go straight to the buffet, and smell the pig brains (or any other offal of your liking). Does it smell fresh? It does? Sit down, order a beer, and start eating. (And yes, I strongly suggest you try the pig brain in any Sichuan hotpot. It’s my favourite. I remember eating at a hotpot in Chengdu’s outskirts and eating 6 of them, buying the restaurant out for the evening. So good.)

Here are a few good addresses. This is in no way an extensive list.

I love my hotpot. Shujiuxiang Hot Pot Restaurant is a good one.

Restaurant Yu Zhi Lan is a star food writer’s favourite. She’s called Fuschia Dunlop and is an important figure of Sichuanese food. Check it out.

Don’t know where to start? Try a food tour. I don’t know anything about Chengdu Food Tours except the fact that the person responsible for their blog clearly knows what s/he’s talking about.

Wang’s Rabbit BBQ has a spectacular rabbit roasting operation. Check it out.

READ MORE: SICHUAN: ALL OF THE RESTAURANTS PICKED BY ANTHONY BOURDAIN ON PARTS UNKNOWN

Things to do in Chengdu

Things to Do in Chengdu: Let’s Go For a Drink

Chengdu’s nightlife is growing, more so in the south, where the slightly more well-off youth live. The crowd at establishments is mixed up with both locals and foreigners. Chengdu is safe at night so all you have to worry about is getting hangover the morning after.

The Beer Nest is run by a Belgian brewer and has a wide selection of beer on offer as well as whiskey, cocktails, wines, whiskeys and other alcohol-free beverages. The crowd is mainly made up of young Europeans and their Chinese companions.

Drinking in Chengdu happens in 3 separate settings: with food – that’s how Chinese people drink, in restaurants, with friends, around good food -, in clubs – the Chinese love their clubs! – and at expat or Western hangouts. Choose your own adventure. Sorry, I don’t have any suggestions, since I prefer to drink with my meal when in Chengdu.

Things to Do in Chengdu: What to See and Do

Chengdu is the hometown of giant pandas. Help look after them as part of the Panda Keeper Program, or alternatively,  just watch them.

Get to see the world’s largest stone seated Maitreya that is the Leshan Giant Buddha.

Learn about Chengdu’s lengthy history, rich culture and religious beliefs of Taoism on a visit to one of its historic sites.

Visit Mount Emei which is not only one of the handful of famous Buddhist Mountains in China but a popular summer getaway destination.

Sample the spicy, flavorful and fragrant Chuan cuisine famous all over China.

Get an onwards tour tailor-made for you in order to explore tourist destinations like Jiuzhaigou Valley just outside Chengdu.

Yue Lai Tea House is one of Chengdu’s historic teahouses, if you are there on a Saturday you will be treated to warm performance by the Sichuan Opera troupes. It is located at Jinjiang District, Hua Xing Zheng Street #54.

Jinli Ancient Street is one of the oldest and most commercial streets in Chengdu. It is lined with teahouses, inns, restaurants, bars, theatres, handicraft stores, snack vendors and specialty shops.

Chengdu’s Jinsha archaeologic (Jinsha Site Museum) was buried for almost 3,000 years, it was discovered in 2001 during construction work, bringing to light thousands of rare relics traced to the late Shang dynasty. In 2006, the large the museum opened to showcase the relics and stories behind these unbelievable finds.

If you are a lover of opera and anything theatrical, you will absolutely love the Sichuanese opera house, especially when they perform “face-changing shows,” in which performers wear a variety of masks depending on their character’s mood. There are also fire and puppetry shows.

Just like in most of China, tipping is not expected. In fact it may even be taken as an insult, so it is better to stay on the safe side and avoid tipping.

Things to Do in Chengdu: Common Scams & What to Avoid

I am not aware of any scams in Chengdu.

Things to Do in Chendgu: C&C’s Map