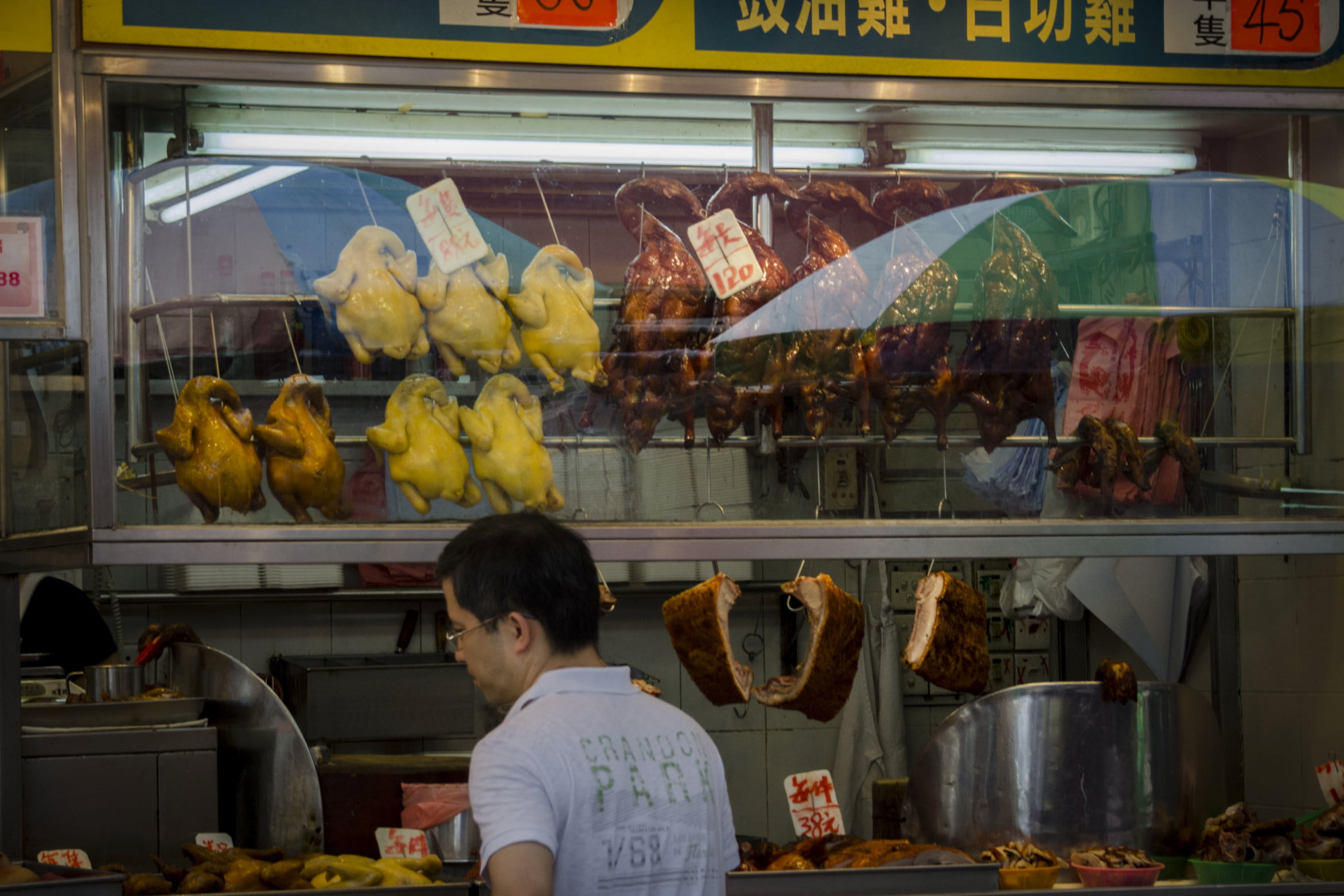 Hong Kong is – arguably – the capital of the Cantonese world. This means that the whole array of the best Cantonese food can be found in this crazy, beautiful, unique city. What’s a mandatory meal in Hong Kong? Well, it’s difficult to pick just one, so here’s a list of 8 meals that you cannot miss when you travel there.

Let’s start off slowly as you go through your 4 days Hong Kong itinerary. The sweet, salty, garlicky spare-ribs are one of the most famous Chinese dishes and it’s a dish that’s massacred in every Chinese buffet restaurant around the world. But the real stuff – the one you can find in Hong Kong – is far from what people usually expect. It’s sweet, salty and savoury of course, but it’s not as sticky as the Chinese-American version; also, the taste of the soy sauce is much more refined. It’s a great introduction to the cuisine of Hong Kong!

If you can’t enjoy roasted suckling pig in Hong Kong, you probably don’t have much fun in life. It’s one of the best meals on the planet. There are many versions of this dish: a baby pig is slaughtered, then roasted. It’s simplicity in itself, and it can be found in American barbecue, Filipino street food and Thai stir-frys. But the the Hong Kong/Cantonese version of this dish is probably the simplest of them all. The chef roasts the beast whole, then hangs it up to dry. It’s then coated with a sweet syrup and hit with the fire of a blowtorch to make the skin crispy and warm up the meat and fat. The three layers – crispy skin, melting fat, and tender meat – are equally important. It’s usually served with a couple of different sauces and the mandatory chopsticks. Don’t forget the beer!

Note: Wanna know more about Chinese food outside of Hong Kong? Check out this blog post on SurviveTravel!

Roasted using a very similar method than the roasted piglet, the goose has a more mature taste than the previous dish. While the suckling pig has a sweet mother’s milk aftertaste, the goose has a much stronger, gamier taste. The skin is also very different, as it has a thinner texture. Also, as opposed to the piglet dish, the goose fat renders and glistens on each bite. Decadent, delicious, and never to be missed on each visit to Hong Kong.

One of the great things to do in Hong Kong Central is to try the Chinese-American classic, sweet and sour pork. It is, however, exactly what you’d expect it to be. It’s one of the only dishes that is very similar in Hong Kong and in New York! The secret is in the sauce, which is made of a ton of tomato ketchup. Still, it’s one of those classics you can’t miss. Try to find it at a Dai Pai Dong! They’re food courts where you can find many different types of dishes in an exotic, rustic atmosphere.

What’s dim sum? “Chinese tapas” is a good way to describe the size of the plates, however the comparison ends here. There are dozens of dishes included in “dim sum”. A large portion of the food included in this style of dining is in the dumpling family: there are steamed dumplings in a translucent and ethereal rice-flour skin stuffed with anything you can imagine; there are breaded buns stuffed with sweet or savoury; there are wheat-flour dumplings with different stuffing. But that’s not all: there are soups, meats, tiny sandwiches, rolls, a wide array of different sweets, and in every dim sum meal, there is tea. Head to a dim sum restaurant, order whatever you fancy, and if you’re still hungry, order again! And Hong Kong makes dim sum like nowhere else: Tim Ho Wan is the cheapest Michelin-starred restaurant in the world, and it’s a dim sum place.

Half dessert, half traditional medicine, this dish has the potential to make Westerners squirm. It’s a jelly made of a turtle shell broth. Take the sweetness and consistency of apple jelly, add some reptile-ish aftertaste, and a lot of medicinal herbs, and you’ve got guilinggao. Its traditional recipe has 14 different ingredients. According to Chinese medicine practices, it’s good for the skin.

Hong Kong is a collection of islands on the shores of the China Sea and it’s port is one of the most important in the world, which would mean that it’d be a great spot for seafood, and in some many ways it is, however since Hong Kong is one of the most densely populated cities on Earth, a lot of the food that’s eaten by its citizens comes from imports. In Hong Kong’s case, this means a lot of its seafood comes from mainland China. Nonetheless, Hongkongers know very well how to cook seafood. You will find huge aquariums filled with different fish, shellfish, squid and shrimp in the large majority of seafood restaurants in the city. If you find the mantis shrimp in one of the aquariums, try it: it’s also called “pissing shrimp” because it urinates through its shell, which means that it needs to be kept alive for as long as possible before eating it. However, eaten fresh, this shrimp is as delicious as crab!

8. Anything with egg noodles

The infamous chow mein is yet another staple of the Chinese-American mutant cuisine. Why are there so many Cantonese dishes that have been transformed to become what we know as Chinese-American? It’s simply because most of the Chinatowns in North-America – including the ones in Montreal and Toronto – are mostly comprised of Cantonese, and amongst them are a lot of people who fled the cultural revolution of the 60’s and 70’s in China. And though American chow mein is a dish, “chow mein” simply means “fried noodles”. But don’t stick only to chow mein: egg noodles are the base for a large array of different dishes. Try the lo mein dishes, or the many variations of wonton dishes!

This article was first published by Let’s Roll, The Flight Network’s blog. Click here to read it!