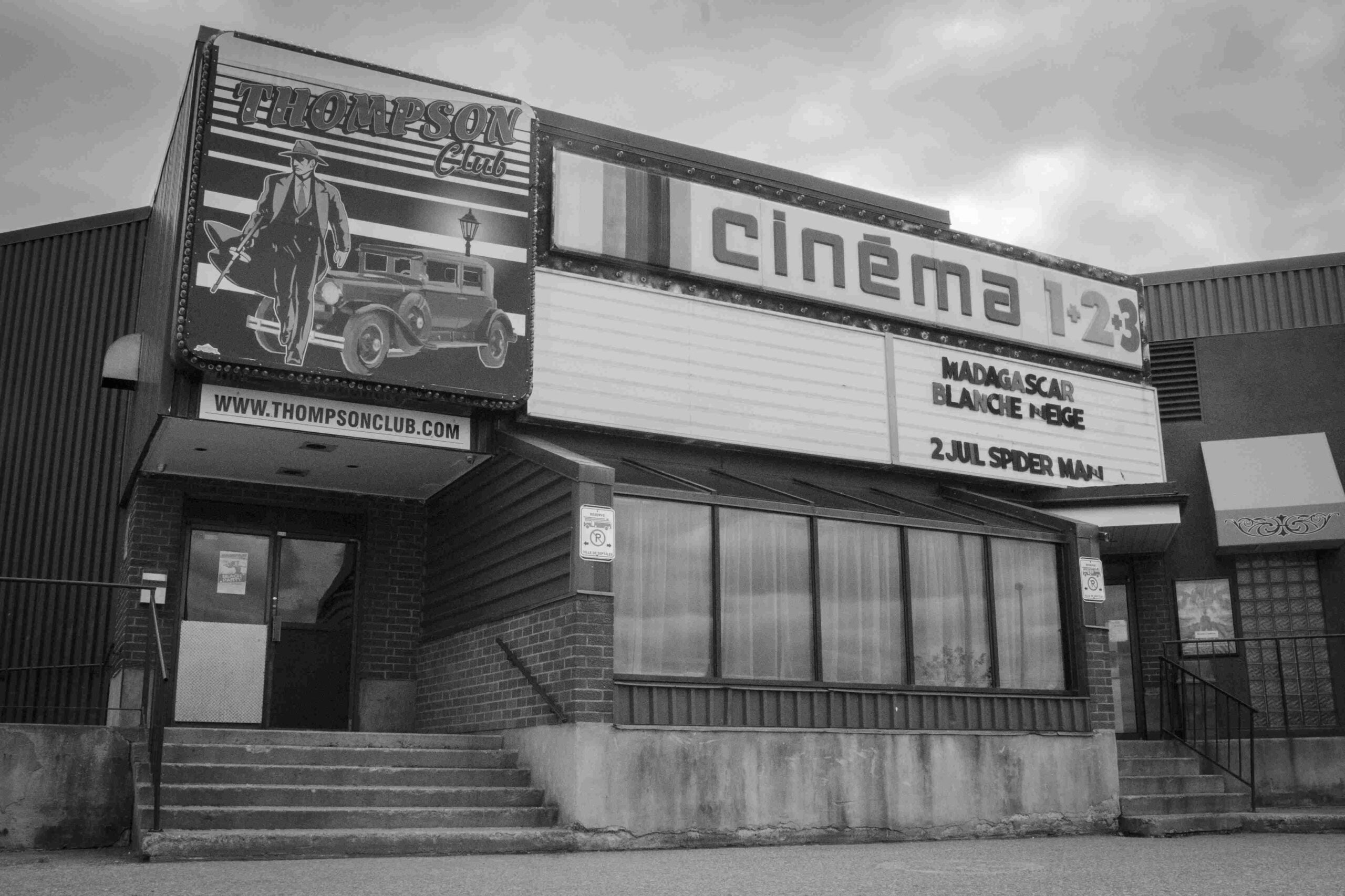 The old cinema in Sept-Îles

Québec: 4 Regions To Visit Outside Of Montreal

The province of Quebec, Canada, is the largest of the country. It’s roughly the same size as the whole country of Mexico. It’s wide open. And its two main cities, Montreal and Quebec, welcome a lot of tourists. However the rest of the province, the countryside, is not as well known but holds a lot of places to visit in Quebec. The Eastern Townships, Gaspésie, Saguenay and the North Coast all have wonderful hidden treasures.

Here’s a quick guide to what lays outside of the cities.

The countryside of Quebec

The Eastern Townships spread from east of Montreal all the way to the border with the United States of America. Its main city, Sherbrooke, isn’t very exciting, save for a couple of restaurants. Here, the countryside offers beautiful landscapes.

Tourists will be happy to discover quaint ski resorts during the winter and beautiful golf courses during the summer. The towns of North Hatley, Eastman, Lac Brome and Sutton all offer different and equally interesting restaurants and attractions.

It’s a beautiful place for a Sunday car ride, a long bike ride or for a walk in the forest. In the Eastern Townships, the colours of autumn – the reds, yellows, greens and oranges in the trees – are truly some of the most amazing in the world.

Gaspésie – Places to Visit in Quebec

Here, the spaces are so wide that it’s difficult to see the whole region in a week. It’s a motorcycle rider’s paradise: stunning landscapes, views of the St-Lawrence from high hills and cliffs, the saline air whipping across the riders’ faces… it’s a special place to visit. And the towns of Gaspé and Percé are tourism meccas during the summer.

Seafood and game are in abundance in the region. The mackerel is some of the best in the world.

Note: Are you planning on visiting Montreal? Check out Montreal in a day by thefulltimetourist.com!

After days of riding, coming from Rivière-du-Loup, Maine USA or New-Brunswick, seeing the Rocher Percé shine in the middle of the ocean from the small town of Percé with a cold beverage on a terrace is truly satisfying.

Saguenay – Places to Visit in Quebec

Beer holds a very special place in the heart of all Québécois, including the Saguenéens. With their colourful accent, colourful ways and colourful beers, the whole region is chock full of surprising treats and surprises.

While walking the many trekking trails of the Fjord-du-Saguenay National Park, don’t be surprised if you suddenly feel like you’re in northern Scandinavia, as this part of the world truly has one of the lushest, greenest, most resilient landscapes on the planet. The numerous beaches on the coast of the St-Jean Lake, one of the largest in the province, are great when visiting during the summer.

Saguenay is rugged, and so are its people. After a day of trekking or mountain biking, try one of their masterful craft breweries, some of the best in North America, and work your way through the astonishing array of beers.

The North Coast (Côte-Nord in French) of Quebec spreads an astonishing 300,000 km2 (or 250,000 sq mi) from Tadoussac all the way to Schefferville, a wild 800 km (500 miles) apart from each other. And what’s even more astonishing is the fact that there are no roads between the two towns. Actually, there are no roads on most of the territory of the Côte-Nord, making it one of the wildest and most undiscovered places on the planet. There’s nothing like the feeling of conquering uncharted territories, however unless you have a small plane license, there’s not much of a chance for any tourist to explore the parts of the province that have no roads.

Thankfully, the towns of Tadoussac, Sept-Îles and Natashquan, and the island of Anticosti all have absolutely stunning landscapes and truly exotic – in the disorienting meaning of the word – landscapes and attitudes.

Tadoussac is a beautiful, quaint holiday town with great hotels and a vibrant tourist community. Sept-Îles is the only city of the whole region, and it’s where the mining industry workers go to relax; go there to get some of the best seafood you’ve ever had. And along the way between Sept-Îles and Natashquan, don’t forget to stop at Havre Saint-Pierre, a coastal town where the meal portions are not what you’d expect. The Rivière Manitou waterfalls are some of the most spectacular on the planet and are not on the guided tours’ maps. Baie-Johan-Beetz is one of the most picturesque villages on the East Coast of America. Natashquan, the last city on the highway, is one of the stops of the Relais Nordik, a ferry that carries tourists, locals and goods alike to where roads don’t go. Finally, the Anticosti Island is truly a hunter and fisherman’s paradise, where overabundant deer run free and where humans are a rarity.

This article was first published on the Flight Network’s blog, Let’s Roll. Click here to read it!