MARSEILLE, France – La Poule Noire’s excellence comes in large part from its consistency. Unlike more gaudy competitors, this establishment, run by Paté Franck and his wife Sophie, never wavers in its ability to offer simple, affordable seasonal cuisine in a neat and tidy restaurant. Diners always know they can expect a quality dining experience for a reasonable price. Here’s a restaurant in Marseille you can trust.

“We focus on the product. We take the product and we take care of the showcase,” explains, simply, chef Paté.

In the restaurant, the dining area is relatively large, which is a testament to the number of faithful diners who turn to La Poule Noire several times per week. Mr Paté honors his diners’ loyalty by changing up the menu with a variety of simple, classic French dishes, so that they never feel bored or uninspired by the menu.

The dining area, itself, is not fussy. But it is excellently cared for. Everything is just where it needs to be. The décor doesn’t scream for attention, but serves its purpose admirably and with diners’ comfort in mind, except maybe for the huge black hen painted on the wall at the entrance. The kitchen is more functional than flashy.

The menu is not limited to traditional Marseille cuisine, but spans all of France – inspired by chef Paté’s travels. The evening menu includes an appetizer, a starter, main course and dessert.

We began our meal with a sardine dish that included sauce vierge, avocado puree and blood orange. Here, the chef’s attention to detail was evident: The sardines are first cooked in a court bouillon, then painted with a flavoured oil to remove the bitter, fishy taste sardines can sometimes have. The ingredients blend well and are also very good alone. The combination is subtle and very pleasant.

Our main course was lamb in a rosemary sauce – a classic combination. The lamb was very rare but surprisingly tender, another success.

The St-Pierre, crusted with sea salt and accompanied by a seaweed butter, asparagus and mashed potato, left a similar impression: It was simple, fresh, understatedly classic and delicious.

For its part, the cheese course is a showcase for local producers associated with Gourméditérannée, an association of chefs and restaurateurs in Marseille.

All in all, La Poule Noire can be relied on to provide a solid dining experience, at all times. 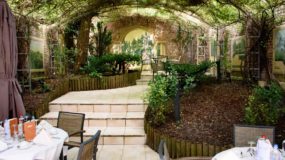 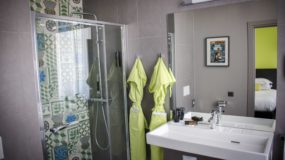 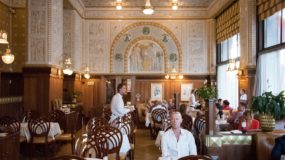 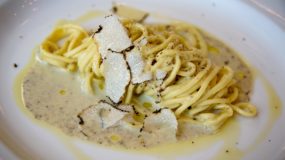 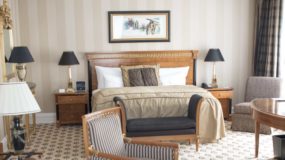