Skip to content
HomeRestaurantsLe Timbre, in Paris – Because the French…

PARIS, France – Eating in Paris is not an easy task. There are hundreds of wonderful establishments scattered around the city. Certain neighborhoods have it better than others do. There are clichés and tourist traps everywhere. And then, there are young chefs working their tails off to offer inventive food at a fair price. I think Le Timbre should be put on top of the list of best places to eat in Paris.

The question of where to eat in Paris might lead to certain common answers. Some of the most sought-after restaurants in Paris—by tourists that is—namely the ultra-classic Rotonde, the archetypal Relais de l’Entrecôte, the characteristic Dôme and the textbook Coupole, are all in the same neighborhood: Montparnasse. However, astute diners might find that these places are overpriced and overrated.

Yep! I’m quoting myself! Cheap, right? It’s from this overview article I wrote on behalf of Air Transat.

I’m reproducing these words on here simply because I want to point out that the best places to eat in Paris necessitate a certain amount of research. It’s clearly not akin to finding a needle in a hay stack (because that’s a stupid saying anyway, just set the haystack on fire and you’ll find your needle). No, it’s more like getting ready for a job interview: if you only cover the basics, you’re doing it wrong.

There are more than 1400 restaurants included in the Michelin guide for Paris only. It’s a good starting point, but it’s not good enough.

What you need, is good friends who are locals… or The Fine Dining Blog.

Best Places To Eat In Paris – Le Timbre: The Restaurant

At Le Timbre, you’ll find two people, and two people only: chef Charles Danet, and front-of-the-house Agnès Peyre, and they’re co-owners and do everything themselves.

Best places to eat in Paris – chef Danet at work

The name means “the stamp”, as in postage stamp, and it’s for good reason: it’s absolutely tiny, cramped; leaving your table to head to the bathroom is just as complicated as doing so on an airplane; Ms. Peyre looks like a ballet dancer swooshing between the tables. The décor is all woods, and blackboards, and old tiles, and old-fashioned metal chairs.

Note: Are you headed to Paris? Check out The Discoveries Of’s Best Hotels in Paris!

The most impressive thing about this tiny restaurant is the fact that chef Danet is by himself to tend the two services of 20 seats. Just like at le Cézanne in Munich, all the food is prepared ahead of time and assembled at the last second. Isn’t sous-vide cooking wonderful?

Best places to eat in Paris – Le Timbre, from the street

And the food itself is methodical and delicious. This includes a green apple, avocado and raw bonito first course: acidic, sweet, fatty, light-tasting. And a very nice leg of lamb with potato purée and a few vegetables.

But the dish that made my heart sing was the the ris d’agneau, lamb sweetbreads, with a tasty parmesan espuma on top. The sweetbreads were crisp on the outside, supercreamy on the inside, and the slight iodine taste of the offal was playing against the wine, a Coteaux du Giennois, Champ Gibault, 2014, by Florian Roblin.

Of course, the desserts were on the simpler side, with the one-man-band and all. I had the luxury to taste two of them, but what wowed me the most, was the choice of dessert wine by Ms. Peyre: Domaine Elodie Balme, Rasteau, vin doux naturel. It’s woody, sweet, and the aftertaste is very chalky, which doesn’t make much sense considering the syrupy texture of the wine. Ah, the French terroir and all of its surprises!

One last note: if you can’t get in le Timbre – it wouldn’t be surprising since they only have 20 seats and they’re usually reserved well in advance – try Wajda, which is a block away. It’s great too!

Best places to eat in Paris – Leg of lamb 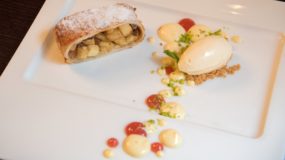 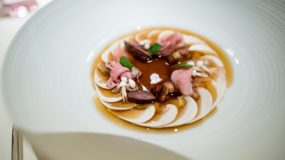 Dallmayr, restaurant in Munich: The Definition Of…
June 28, 2021 2 Comments 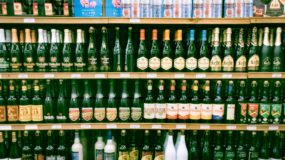 Eating and Drinking Your Way Through Foodie…
June 27, 2021 1 Comment 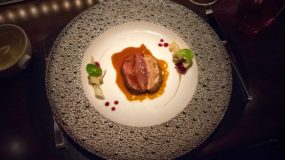 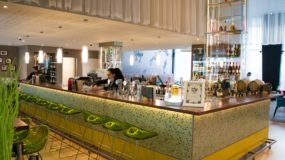