Two Days in Chicago: My Favourite Stops And Spots

When you have time to spend two days in Chicago, what highlights do you need to fit into your schedule?

It is a city that can be very cold in the winter, and very hot in the summer. This is a good analogy for its people , who can sometimes be surprisingly warm and inviting, sometimes annoyed and cruel. But the analogy does not stop there: while the north of the city is rather well-off and educated, among other things by the presence of Northwestern University, the south of the city is one of the poorest and most dangerous of the United States.

When you have two days in Chicago, what do you do? Here’s what I recommend.

Two Days in Chicago: Arrival, 9 AM

Chicago has two airports: O’Hare and Midway. O’Hare is one of the busiest airports in the United States. Delays are frequent. Fortunately, both airports are connected to the city by the local transit system, the “L”. It’s a metro service that combines stations above and below the ground. Getting to the downtown area from one of the two airports takes between 45 minutes and one hour. Each “L” ticket costs three dollars.

Once the obligations of getting to the hotel are fulfilled, it is almost noon, and time to eat.

Chicago is known for some iconic dishes:

A hot dog on a poppy bun garnished with a gherkin, a few slices of cucumber and tomato, a small pickled pepper, a relish of a fluorescent green color, ballpark mustard, and a sprinkle of celery salt. The best hot dog in the United States. Try Murphy’s Red Hots’ or any other Chicago Dog restaurants!

A thin-sliced roast beef sandwich garnished with sautéed peppers (hot or sweet), all immersed in the beef cooking juices. The bread disintegrates, the sandwich starts dripping and it gets everywhere… a messy perfection. Do be ready to answer when they ask you “hot or sweet” – it’s the peppers they’re talking about.

This is a pizza made in a pie plate. So there is an incredible amount of meat, bechamel sauce, cheese, tomato sauce. A ‘small’ pizza in its glorious size can feed an entire family! I’m not sure how I feel about it, to be honest…

Note: One thing is certain, Jasmine Chen from My Suitcase Journeys doesn’t like it, and classes it as a Chicago Tourist Traps to Avoid!

Something inevitable when you are in a city for the first time: you have to visit at least some of the tourist attractions. In Chicago, there are a few must-sees. Here are all those that are in or near the “loop”– the city center:

Not only is it a beautiful park, it is also where we find the most famous sculpture of the city: the “Cloud Gate,” more commonly known as “The Bean.” Wanna be like 99% of the people who visit? Take a selfie with the reflection of the big bean behind you.

This is the city’s main commercial street, officially named Michigan Avenue. Almost every major Chicago institution is located here: the Wrigley Building, the Tribune Tower, the Chicago Water Tower, and the Allerton Hotel.

It is the road that runs along the Chicago River in the city center. Here, architecture is the attraction. On the north side of the river, there are two twin towers that are unique in the world, the “Marina City”, commonly known as the “Corn cobs.”

Formerly known as Sears Tower, this building was the tallest structure on the planet for a total of 25 years. The summit observatory is another of the most clichéd photos of the United States since a Plexiglas structure on the 103rd floor allows tourists to “walk in the air.”

Once the inevitable has been visited, the party can begin! Like any big city, Chicago has an impressive list of upscale restaurants. Alinea is the best-known in the list, with its three Michelin stars. Graham Elliot is another big star in the culinary world who has his restaurant in town (now closed).

But if you look for a bit, you will find hidden pearls especially outside the city center. Here are some examples.

This restaurant is located in the very hip area of Wicker Park. This is a relatively humble restaurant despite its Michelin star, especially because it is a “bring-your-wine” restaurant. Do not forget to book well in advance… and offer a beer to the chef!

Chicago is definitely not a destination for its microbrewery beer, and that makes Atlas a special destination. They offer beers that they brew themselves and the food is pretty good too!

Now we’re completely off the beaten path. This little restaurant is in the middle of nowhere and is located in a black building with no windows. Inside, the music is rhythmic and Japanese anime are projected on the back wall. The employees are all young, and we can bring our own alcohol. The dishes are all very simple, and the prices are more than reasonable. Take a taxi!

Two Days in Chicago: Going Out

Having a drink in Chicago is relatively easy. It’s just a matter of choosing how many people you want to spend the evening with.

The bars at Wicker Park are young and trendy.

Students from different universities meet where beer is not expensive, especially in Lakeview.

The city’s blues bars have their hallmark and can be found in Lincoln Park and Logan Square, among others.

Several “dive bars,” these old-fashioned taverns, can be found in Wrigleyville.

“Pick your poison”, as the Americans say!

This decrepit dive turns into a clubby event on the weekend, and the handsome and trendy young people drink cheap beers, play skeeball and dance casually. There are several other fun bars on that same street.

During our visit, on a sheet of paper glued to the front window, in black ink: “Chicago’s creepiest bar”. According to legend, two serial killers, Jeffrey Dahmer and John Wayne Gacy, were customers of the place. It’s a tavern in the true sense of the word!

On Thursdays, students flood the place, and Bud Light pitchers are $3. If you want to party like they do in frat movies, and/or if you want to watch the game on one of dozens of TVs, or if you want to gawk at the student wildlife in all its “splendor”, Durkin’s is the place for you!

Wormhole Coffee and its Delorean

The cafes of Wicker Park are a must. Head to this neighborhood and take a walk on North Milwaukee Avenue. Head to the Wormhole Coffee, where the baristas take their coffee seriously – order a “slow-drip coffee” and ask the employee to explain where it comes from and how it works, you’ll be impressed – but what draw people first is the fact that there is a real Delorean, the car of Back to the Future, inside the cafe!

Baseball fans will obviously want to visit one of the most legendary places of all sports: Wrigley Field. During the baseball season, you have an excellent chance of visiting on game day, since they play almost every day! Otherwise, just seeing the entrance to the stadium and walking around it can be an emotional pilgrimage. Whether it’s just before an afternoon game or as part of a great walk in the neighborhood, two restaurants stand out in Wrigleyville: DMK Burger bar and Fish Bar. At DMK, big burgers and quality fries accompanied by microbrewery beers from all over the USA. At Fish Bar, oysters, fried fish, sandwiches and fish tacos are in the spotlight.

The founder of the website mealsharing.com, Jay Savsani, is from Chicago. It is, therefore, an excellent excuse to have your last dinner in the apartment of a stranger! Register on the site, then buy a place for a home-cooked meal and meet people from Chicago. Nothing is easier, and it’s a unique experience! And do not forget to keep enough time to get back to the airport in time for your plane… 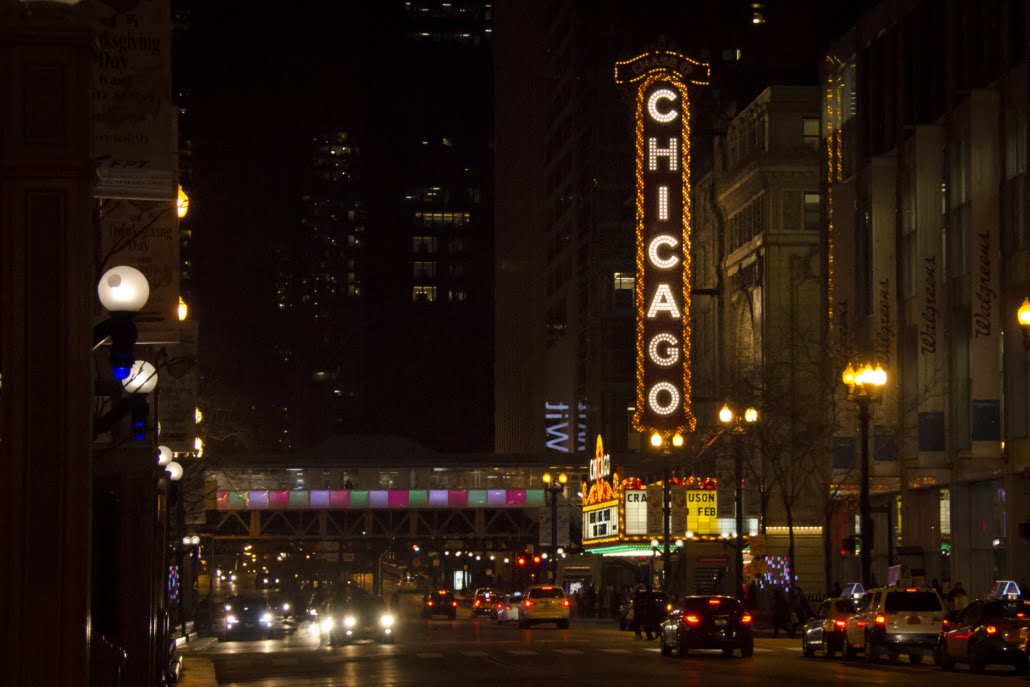