Prolific Polyglots: Authors Who Wrote in a Second Language

Mastery of a second language (or third or fourth) is rather difficult, so writing a masterpiece in a language that is not one’s first is remarkable — and doing it repeatedly is even more astonishing. Yet there are quite a few famous Polyglots    i.e. novelists who wrote and continue to write in a language that is not their mother tongue. Joseph Conrad, who was raised speaking Polish, became known for his novels written in English and is perhaps the best known of these prolific polyglots, but there are many others. The list is long and, at times, truly surprising:

Iosif Aleksandrovich Brodsky moved from the USSR to the United States in 1972; 15 years later, he was awarded the Nobel Prize in Literature for his body of work, which included poetry and essays in Russian and English. His 1986 collection of essays, Less Than One, won the 1986 National Book Critics Circle Award for Criticism, and A Part of Speech, his 1980 collection of poetry, is cited in his post as United States Poet Laureate from 1991 to 1992.

Emil Cioran was Romanian philosopher and author who wrote the majority of his published books in his third language, French. While his mother tongue is Romanian, he spent much of his studies at the University of Bucharest reading the works of Friedrich Nietzsche and Immanuel Kant in German.

Hoffman is best known as the author of the 1989 memoir Lost in Translation, which recounts her migration from Poland in 1959, when she was only 13 years old, to Canada and eventually the United States. Though her first language is Polish, everything she has published was originally written in English.

To the French, Gary is the author of Les Racines du ciel and La Vie devant soi, and he’s the only author to ever win the Prix Goncourt twice. To Americans, however, he’s the husband of Jean Seberg, the famous and controversial actress. Gary wrote many novels directly in English, which he spoke with his wife. English was Gary’s sixth language.

Born in Hungary, lived in Switzerland and wrote in French, Agota Kristof is best know for writing the 1986 novel The Notebook. She only began studying and speaking French at the age of 21, when she fled Communists in her native country to resettle in Neuchâtel.

Martel is the French Canadian author ofLife of Pi, a novel written originally in English. The author was raised in Montreal, Canada (among other places), a city where English and French coexist on a daily basis. While French is his mother tongue, he says English “gives me a sufficient distance to write.”

One of the only novelists to ever be celebrated so thoroughly on the international stage, Nabokov published nine novels in Russian before his exile. He then wrote another nine books in English, including Lolita in 1955. Nabokov’s household spoke Russian, of course, but also English and French, making him trilingual from an early age.

His real name was Jean-Louis Kérouac, and he was born to French-Canadian parents who taught him French. Kerouac is said to have been uncomfortable speaking English until his late teens, and when first writing 1957’s On the Road, he even began in French then started over in English.

One of the most influential writers of all time, Beckett is also one of the only ones on this list to have left his native land, Ireland, and mother tongue, English, by choice, choosing to stay in France during the Second World War. Asked in 1954 why he decided to write in another language, he answered: out of a “need to be ill equipped.”

Kundera’s work in Czech can be easily distinguished from his work in French, in that his Czech novels are long, thorough narrations while his work in French has more of a dialectic, direct approach. Though his most famous work, The Unbearable Lightness of Being (1984), was written in Czech, Kundera claims that he “sees himself as a French writer and insists his work should be studied as French literature and classified as such in book stores.” There just may be a link between his bond with French culture and the way his exile from the then-Communist Czech Republic played out.

Were there any multilingual writers who took you by surprise? Let us know in the comments below!

This article was first published on a website called The Airship which closed in November 2014. 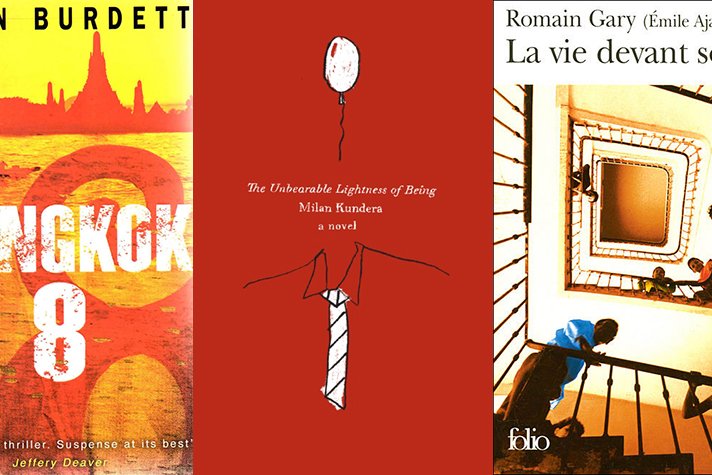