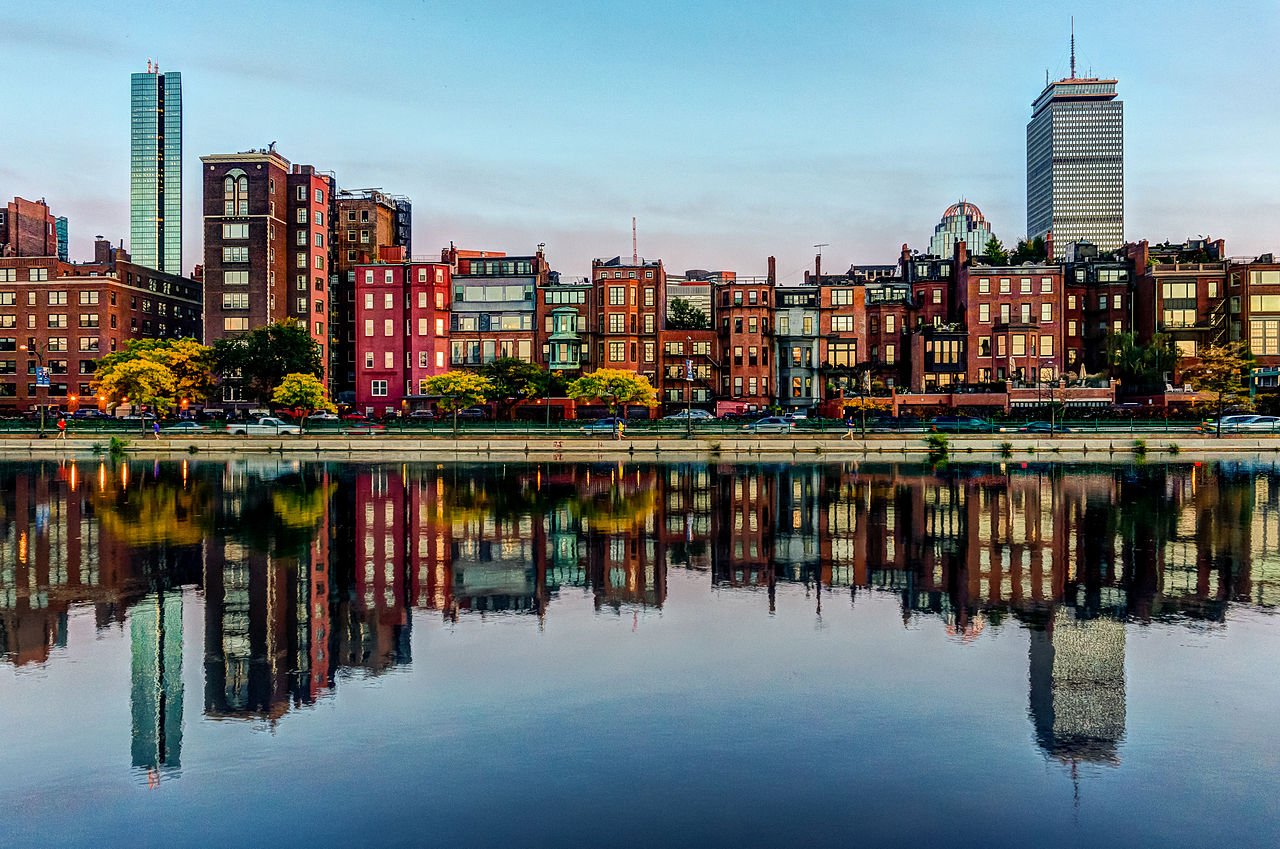 Brownstones of Boston's Back bay neighborhood reflected in the Charles River - photo by Robbie Shade under CC BY 2.0

BOSTON: ALL OF THE RESTAURANTS PICKED BY ANTHONY BOURDAIN ON NO RESERVATIONS

When Anthony Bourdain visited Boston on his show No Reservations Season 7 Episode 7 (originally aired April 18, 2011), he and his crew picked many restaurants. He also highlighted some interesting things to do in Boston. Here are all the addresses and the dishes showcased on Anthony Bourdain Boston, all in a convenient list.

New England cuisine from the US northeastern region traces its origins to English Cuisine. It is characterized by the wide use of seafood, along with dairy products. Staples of New England cuisine include clam chowder, lobster rolls, and fried battered seafood (usually shrimp, clams, lobster, haddock and scallops).

Belle Isle Seafood is known for its chowder (thickened with a roux) and lobster rolls.

Deli sandwiches are ready-to-eat slices of meat and cheese placed between slices of bread. Smoked meats, unusual cheeses and a variety of bread can be used.

Michael’s Deli is a popular neighborhood spot in Boston that serves classic deli dishes. Anthony tried the Howie Carr Sandwich (named after the radio personality) and pastrami knishes when he visited the deli.

Hash is a traditional breakfast dish of chopped potatoes, meat, and onions fried in a skillet or on the flat-top. Corned beef hash, for example, is made of potatoes and corned beef.

Galley Diner is known for its traditional American breakfast fare, like its variety of hashes topped with eggs and huge omelets served with homemade fries and a piece of toast.

Submarine sandwiches characterized by the use of a long piece of bread or roll sliced lengthwise at the center. They are also known as subs, hoagies, heroes or grinders.

Rondo’s is a sandwich shop that serves burgers, hot dogs, cheese steaks and fries along with its variety of subs. One of the regular favorites at Rondo’s is the steak sub, made of steak, pepper, mushroom, onions and provolone cheese.

Azorean cuisine is indigenous to the Azores Islands of Portugal. It is characterized by its rich and hearty peasant-style cooking traditions. Examples of Azorean dishes include dobrada (a stew of white beans, tripe and linguiça), carne de porco à alentejana (cubed pork marinated in white wine, garlic and spices then braised in light tomato sauce and wine and finished with clams, potatoes, olives and red peppers), and alcatra (sliced beef marinated overnight then slow cooked with slab bacon, allspice and garlic).

O Senhor Ramos offered Azorean dishes to its customers before it permanently closed its doors.