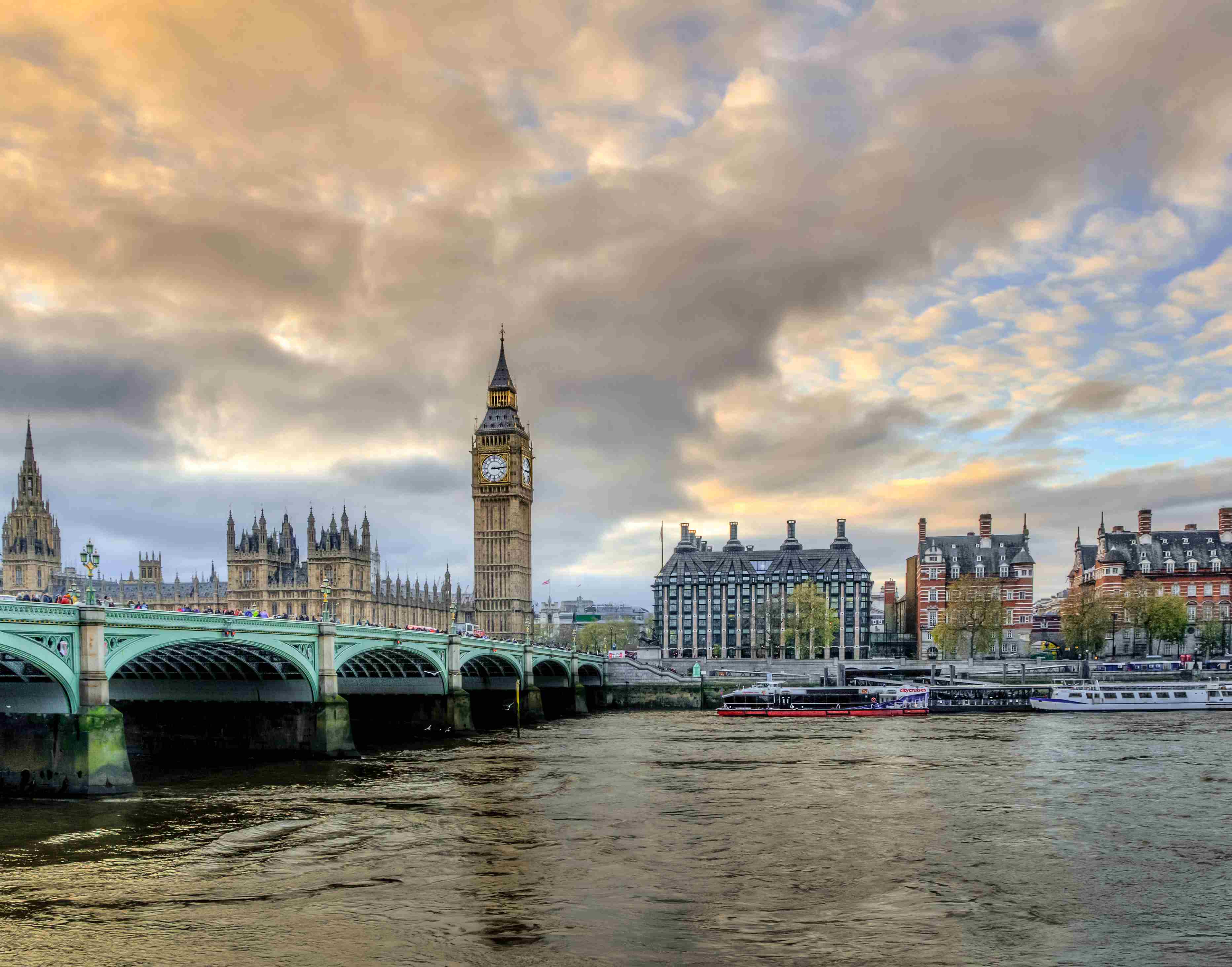 London is a bustling city with remarkable buildings, colourful markets, interesting street art and several other picturesque locations worth sharing on social media. Here are some of the most instagrammable places in London:

Big Ben is the moniker given to the largest bell of the striking clock found at the northern end of Westminster Palace. It also refers to the 16-storey Gothic clock tower that houses the striking clock. When in London, it is almost impossible not to have pictures taken with Big Ben within the frame.

READ MORE: IMPRESSIONS OF LONDON, IN AN ENGLAND STATE OF MIND

One of the must-visit places while in London, the Buckingham Palace is both a regal centrepiece of a photo and a majestic backdrop.

Combining shopping and photography is always possible at Camden Market in London. Also known as Camden Lock, this collection of retail markets is set on what formerly was the Pickfords Stables.

Grab a bottle (or glass) of beer and look and feel great while having a toast at Cittie of Yorke. This cavernous pub was built in the 1920s, in spite of its medieval appeal. Its medieval features brings a lot of character into this pub, along with its wooden booths and impressively long bar.

Columbia Street explodes with colour every Sunday. The Flower Market on Columbia Street is a superb location if you want all kinds of colours and blooms into your pictures.

Covent Garden has a car-free piazza and is home to different fashion shops, craft stalls and upscale restaurants. And you know what this means: more Instagram pics! The popular Neal’s Yard is also within the area, along with the nearby theatres that are great subjects for photography.

Definitely not your typical junkyard – this art store packed with groovy appeal is loaded with colourful neon signs and other illuminated pieces.

Even if you are not out to buy anything, Harrods remains a great place to visit in London if you are looking for material for your Instagram page. This iconic shopping emporium in London with elaborate architecture is known for its Food Hall and Egyptian Room.

Reputed to be haunted, this historic graveyard not only attracts paranormal enthusiasts but also those who would want to add eerie and picturesque photos into their stories.

Coppa Club near the Tower Bridge in London allows you to dine in style inside a glass “igloo”. It’s also a great photo location, with the Shard and the London skyline in the background.

A historic shopping centre on Gracechurch Street in London, this market dates back to the 14th century. Its ornate roof structure, cobbled floors, and double height gabled entrance make it a tourist favourite for snapping pictures.

The large Ferris wheel called Coca-Cola London Eye or Millennium Wheel or simply London Eye can be found on the southern bank of River Thames. One can take glorious shots from this cantilevered observation wheel. And snapping some photos of the London Eye from the surrounding areas would also be a great idea. A great place to be in when taking family days out in London!

The London Millennium Footbridge or simply Millennium Bridge is an architectural feat worthy of being posted into your Instagram page. This pedestrian steel suspension bridge crosses the River Thames and can be found between Blackfriars Railway Bridge and Southwark Bridge.

Home to a huge range of specimens of different natural history segments, the Natural History Museum is a great Instagram spot if you want some Romanesque architecture and interiors on the frame.

Notting Hill’s rise to fame can be attributed to the release of the 1990s romantic comedy film with the same name. This London district remains to be a popular spot for photography enthusiasts, with its colourful houses, cosy neighbourhood, charming shops, fascinating vintage stores and animated street markets.

Peggy Porschen Cakes not only features fancy cakes, creative cupcakes and other picture-worthy pics – the shop itself is a great place to capture on camera.

Experience the hustle and bustle of London while snapping pictures at Piccadilly Circus. There is much to see here – from different kinds of land transportation passing by to the attractive signs of the establishments around the junction.

A must-visit for those who love pink, this 18th century tea room becomes a lounge for cocktails in the evenings.

Aiming for breathtaking panoramic shots of London? The Sky Garden is where you’d want to be. The top-floor of this skyscraper features a garden that is a great place for photo shoots with the city of London as the backdrop.

Perhaps the most prominent feature of this park in London is its lake where you can find water fowls. You can also find ceremonial displays and a grass-roofed café at St. James’ Park.

Opened in 2011, St. Pancras Renaissance Hotel is set at St. Pancras Chambers. Many people find its Gothic Revival architecture quite appealing, and the building has been included in several films and television shows. The grand staircase in the hotel also attracts several people.

Several museums are scattered within London and one of the most Instagrammable is Tate Modern. This gallery for modern art features international works. It also has a café where you can take panoramic views of the river.

If you’re looking for some floral themes to frame in your Instagram photo, you can head to The Churchill Arms on Kensington Church Street. The façade of this ale pub is bedecked with flowers that will definitely bring colour into your snapshots.

For a taste of modern and neo-futurism architecture, The Shard would be a perfect subject in London. This 95-storey skyscraper towers over the Shard Quarter development and is also known as the “Shard of Glass”.

The Tulip Stairs at the Queen’s House in Greenwich

A hidden gem tucked in what used to be a Royal residence in the Greenwich area of London, the Tulip Stairs at the Queen’s House is a sight that should not be missed. Dating back the to the 17th century, the geometric staircase with its elegant wrought ironwork rails is stunningly intriguing.

Built in the late 19th century, this combination suspension and bascule bridge is one of the iconic symbols of London. It features Victorian turrets that are truly picture-worthy. Note, though, that the Tower Bridge is not to be confused with the London Bridge.

Word on the Water

Set on a Dutch canal barge from the 1920s, this eclectic bookstore not only appeals to bookworms but also to those looking for interesting subjects in their photo collections.