Oaxaca’s Mezcal Festival Is as Crazy as You’d Expect

OAXACA, Mexico – Oaxaca is the heartland of mezcal. For ten days each year, the city plays host to the Feria Nacional del Mezcal Festival, Oaxaca’s mezcal festival, which is like Oktoberfest without the dirndls, and with highly potent booze instead of pitchers of beer.

This article was written and published for – and is owned by – VICE’s Munchies. You can click here to read it. However the pictures on vice.com don’t go with the article and are not the ones I took. For this reason, here’s the original article, as first published by VICE.

It’s also much cheaper: Visitors pay a fee of 40 pesos—roughly $3—which buys them free shot after free shot of mezcal and its various versions. Vendors man about 40 different wooden stands, giving out free samples in the hopes that tipsy patrons will impulse-buy a few bottles.

I was invited by Jesus Ely Casillas Martinez, who works for a mezcal producer called Casa Don Ausencio, to taste a couple of his employers’ offerings at the festival. As soon as we get to the Casa Don Ausencio Leon stand, we’re both greeted enthusiastically by a bunch of young, brightly dressed, EDM-loving locals who work with him. Some members of the crew seem a bit inebriated, but hey, it’s a hard liquor festival, isn’t it?

Oaxaca Mezcal Festival: Ely and his crew, promoting their product on local TV.

Ely steps behind the counter and begins pouring me shot after shot of mezcal, which I gratefully accept. Not knowing much about mezcal beforehand, my first impression was that it’s a very smoky and bitter version of tequila. The smoky flavor comes from the fact that the maguey plant—a type of agave—is cooked in underground ovens over screaming-hot wood coals before being pressed in order to extract the juices from it. The juices are then fermented, distilled, and then immediately bottled for the un-aged (joven) mezcals, or aged and bottled for the other versions.

I ask Ely to slow down with the shot-pouring so that I could understand what I’m drinking. “Mezcal is the sacred spirit of Oaxaca,” he tells me. “According to the Zapotec legend, God struck the agave plant with lightning, revealing its purest liquid, and offered it to men. There are other legends as well, but this one is the most widespread.”

Oaxaca Mezcal Festival: That stuff is fire in your mouth. And not in a good way.

Both tequila and mezcal are made from agave, but they’re distinctly different products. “Tequila is only made with blue agave,” says Ely. “There are many different breeds of the plant. It’s under a controlled designation of origin and should always be made in the region of Tequila, however it’s not always true. And finally, tequila is made in huge industrial batches while mezcal is artisanal.”

He offers me some mezcal reposado, or “rested” mezcal, that’s aged for only a short amount of time and is closest to the flavor profile of tequila. It’s quite harsh on the tongue and there’s a bitter, smoky flavor to it, but it ends rather well, with barely any aftertaste.

Ely pours yet another shot, just to make sure I taste the difference in each. “This one isgusano,” he says. “It’s got a worm in it. The maguey worm makes the whole bottle taste much smoother.” I ask him if it’s true that eating the worm gives you an extra buzz, or if that’s justgringo legend. Ely bursts out laughing, “Yeah, definitely some gringo story! However, when you finish the bottle and end up with the worm in your glass, you say a little prayer. It’s a blessing to have the worm in your glass. Then you eat it!” Insects are part of the everyday diet in Oaxaca, and deep-fried grasshoppers are sold on every corner as snacks, so it’s no surprise that Oaxacans would gladly eat the little worm in the bottle. And it’s true that the mezcal has a different flavor profile with the worm in it. It’s not as harsh, the bitterness is not as pronounced, and the alcohol taste is less obvious.

Oaxaca Mezcal Festival: Yet another shot.

Or perhaps I was just getting numb from all the shots. We’re not knocking them back like itsCinco de Mayo—I smell each shot, then slowly sip the liquid, and breathe in-and-out after each sip, to make sure I get the nuances—but it’s still a lot.

“Here’s another one, my friend,” says Ely, pouring from a small, black bottle. “It’s our limited edition. It’s aged for ten years.” This time, the booze is much sweeter, much more complex, though its bitterness is still obvious. It’s a different beast. It tastes a little bit like smoky port wine, but with 40 percent alcohol.

As we near the end of the tasting and the sun begins to set, the place starts to get more crowded. At one point, a pregnant lady bumps into me as she tries to wrangle a sample.

For the final tasting, we try the Gran Reserva Joya Azul Anejo Especial Edition. “The writing on the bottle is made with 10k gold,” Ely assures me. “We only produce 5000 bottles per year. And that, my friend, is truly, truly delicious.”

This mezcal tastes like rum. Not any rum, mind you: It tastes like some 21-year aged, super-dark, fancy rum. The kind you sip slowly with a fat Cuban cigar on the patio. I find it a bit too sweet, though, and I opt for another taste of the black-bottle limited edition. I guess I’m a man of simpler needs.

The overall volume of the festival continues to swell, with couples and families dancing around the stage where a band has begun its set, and Ely and his crew are taking on the crema de agave. Cremas are similar in taste and texture to Bailey’s or Amarula. They have 20 percent ABV and are made with cheap, tasteless mezcal, plus agave syrup and artificial flavors. I try a couple of them–orange, coffee, pineapple, coconut–and they’re expectedly God-awful. But the guys keep feeding me shot after shot, and I can’t exactly refuse.

Oaxaca Mezcal Festival: A woman in a fishnet shirt promotes a mezcal brand.

We start walking around, bottles of crema in hand, and end up at a food stand called Fonda Portena. I was expecting to find Oaxacan food, like zucchini flower quesadillas or chickentlayudas, but we’re served an Argentinian-style sausage sandwich. As we chow down at warp speed, we also step up the drinking. The guys are pouring shots straight into the mouths of a couple of English women passing by.

Meanwhile, other attendees are jostling for position and trying to get a couple of extra free shots. The largest stalls have radio hosts, loud music, and women dressed in bikini tops and mesh shirts helping them hawk their products. Some are now pouring shots of the un-aged mescal, which tastes to me like 50 Shades of Rubbing Alcohol. Others are selling blender cocktails using their cheaper mescal products.

Ely pulls me once more towards the Casa Don Ausencio Leon stand. He’s got something for me: oranges and sal de gusano, a condiment made of pulverized worms and salt that’s used to enhance the taste of the less-palatable mezcals.

More shots. This time, we do knock them back: a little bit of worm salt on the tongue, tall shots of the worm mezcal, followed by a bite in the orange slice. The three tastes melt together perfectly and the alcohol isn’t harsh at all.

The party roils on. People dance, shout, stumble around shoulder-to-shoulder. Some are so drunk they can’t stand. And at a free-flowing, shot-pouring mezcal festival in Mexico, you couldn’t ask for much more.

Oaxaca Mezcal Festival: Posing with agave is a thing

Oaxaca Mezcal Festival: Ely and his crew, promoting their product on local TV.

Oaxaca Mezcal Festival: That stuff is fire in your mouth. And not in a good way.

Oaxaca Mezcal Festival: A woman in a fishnet shirt promotes a mezcal brand.

Oaxaca Mezcal Festival: Yet another shot.

Oaxaca Mezcal Festival: Eli and a shot of crema 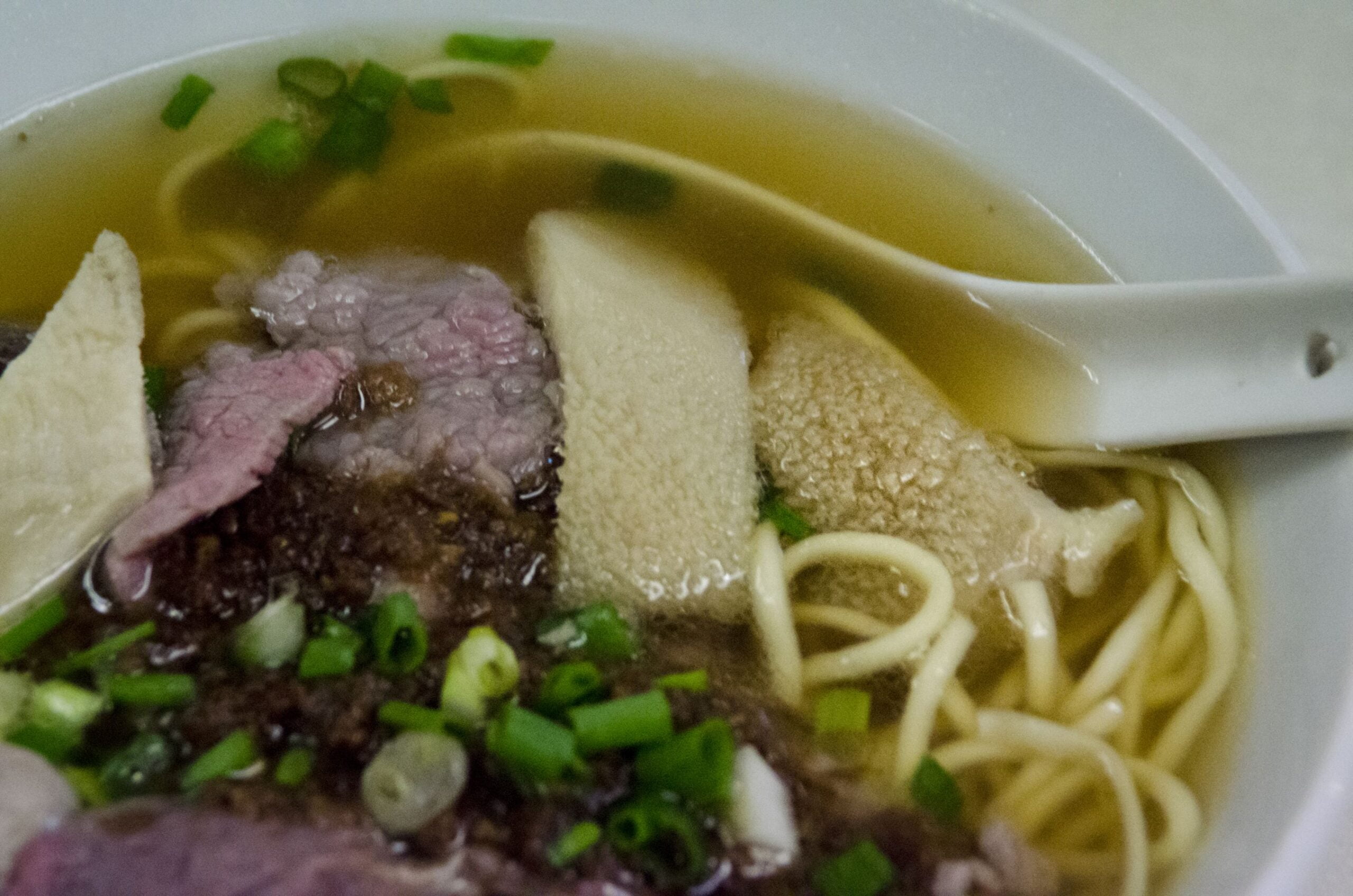 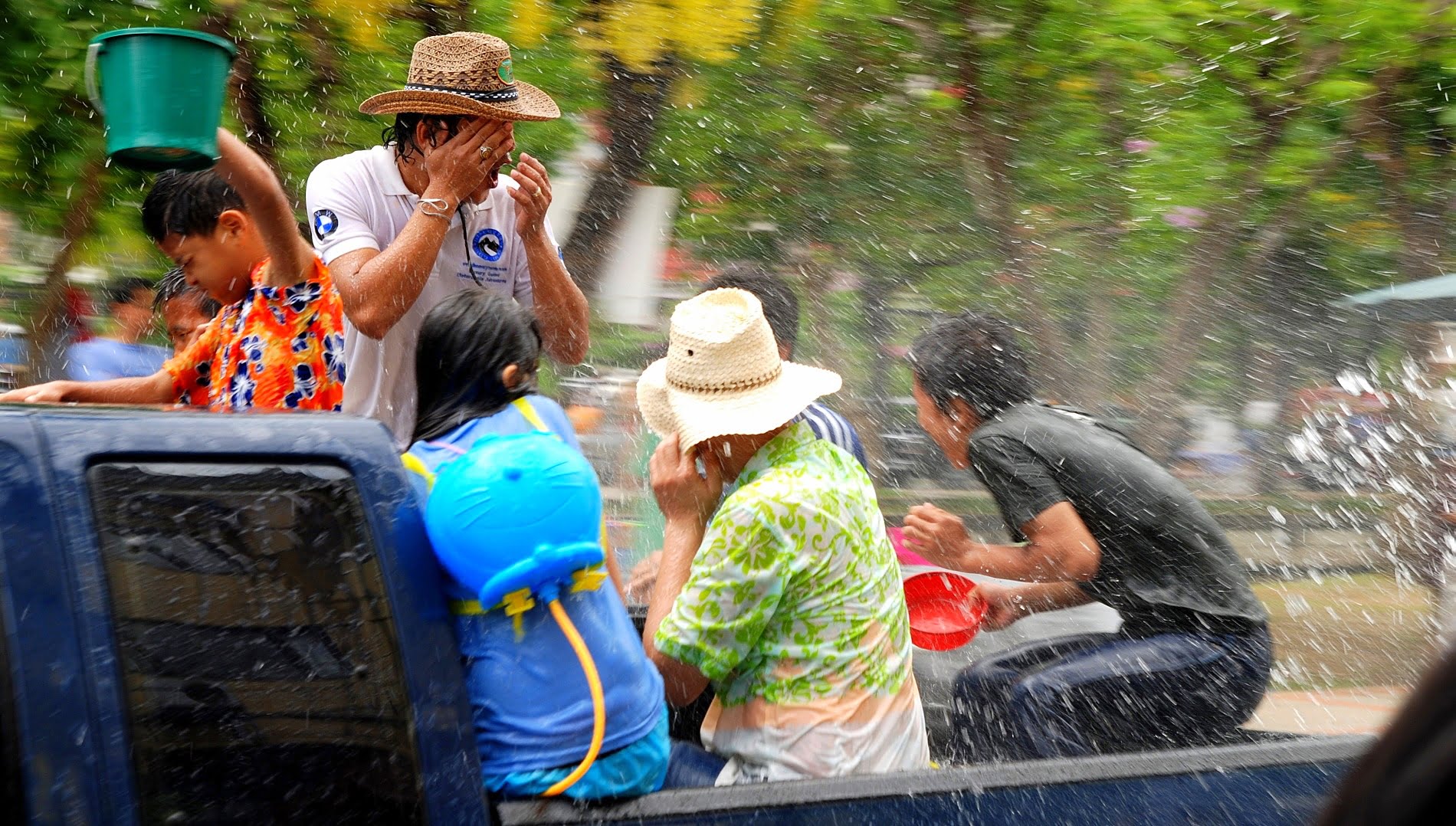 Get soaked during Songkran Thai festival! 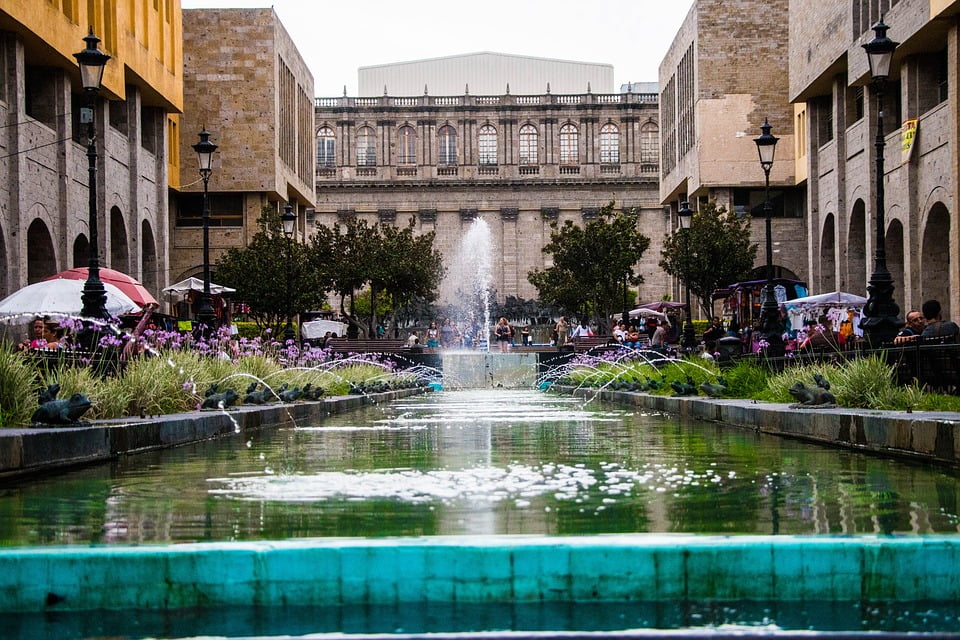 Veracruz: All of the restaurants picked by Andrew Zimmern on Delicious Destinations