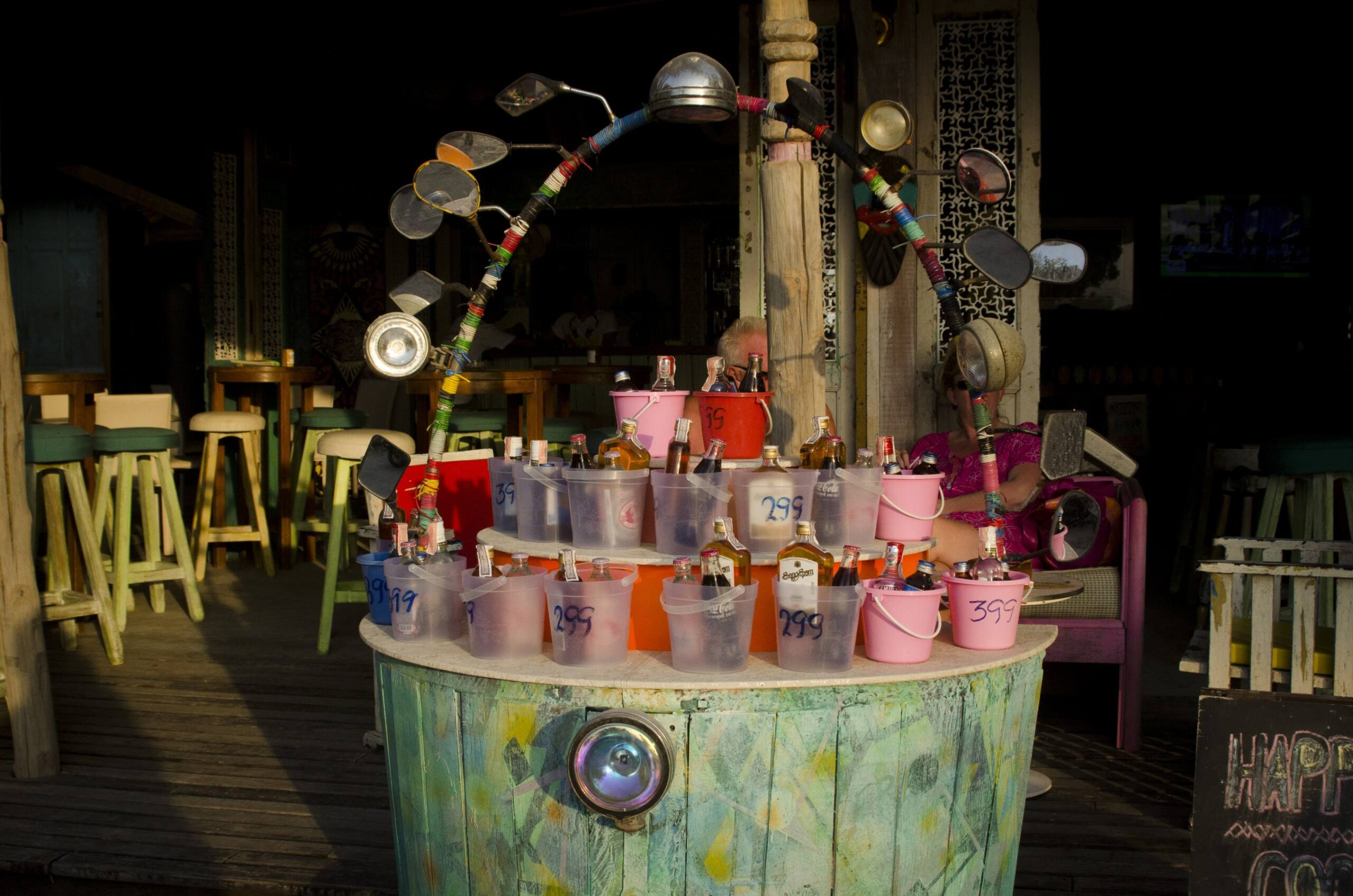 The famous buckets on Ko Phangan Island in Thailand

New Year’s Day is an opportunity to celebrate. And New Years Eve vacations are always special.

Some celebrate the end of the year and hope that the concerns of the year that has just finished will remain in that period of time. Others celebrate the arrival of a new year and take the opportunity to make wishes and resolutions. Finally, others enjoy the excuse to party. Whatever your point of view, here are the most beautiful destinations, hosts of the most spectacular celebrations!

It is the classic destination. The huge party taking place in Times Square every year is crowned by the countdown of the last year: a huge ball goes down the post at the top of 1 Times Square, slowly and at the rate of the last seconds. A rain of fireworks ensues. Some of the world’s biggest stars of music and TV give an extraordinary show and the party continues until the wee hours of the morning. And this is just the party in Times Square: dozens of spectacular events take place all over the city. There is also a website that groups them: http://newyearsevecentral.com/

NOTE: Planning to visit NYC? Why not checkout Girl with the Passport’s article on NYC packing list?

Only 100,000 people will be able to access the site from which the fireworks may be best appreciated. But that doesn’t mean that the rest of the city misses out: there are countless parties across the metropolis. Parties on boats on the river Thames, special evenings in the many clubs and pubs, and a crazy atmosphere in SoHo: that’s what London offers for New Year’s Eve. And do not forget the famous parade of the first of the year, the day after the day before, in Picadilly!

The old Prague Square is transformed into a huge open-air party every year, starting with a Christmas market. Beer and slivovice flow freely and the homemade party fireworks compete with the official ones that explode near Prague Castle. If the party at Old Square – and Wenceslas Square, by the way – is a little too intense for you, head to the Charles Bridge for a romantic stroll, or stop by one of the city’s many pubs.

The full moon festivals on the beach of Ko Phangan Island, Thailand, are world renowned, and the New Year’s party is the most popular of them all. In fact, the organizers say that their version of New Year’s Eve is the biggest beach party on the planet! Electronic music, alcohol aplenty and everything at low prices, plenty of young inebriated people, beautiful beaches, illegal drugs, tens of thousands of dancers, an electrifying atmosphere … It is certainly a New Years Eve destination for the biggest party-goers in the world!

This is one of the biggest New Year’s celebrations in Latin America. The fireworks are launched from all over the coast to give a grand effect. There are a few superstitions in this part of the country, for example the tradition of wearing yellow underwear during the transition to the new year in order to have a lucky year. Also, it’s theoretically not just a New Years Eve party, since the celebrations last from the 28th to the 1st.

In Scotland, the Hogamanay Festival is celebrated on December 31 each year. The party lasts until January 2, which is also a holiday. On the 31st, a long torchlight march is organized in the center of the Scottish city. Tens of thousands of marchers light torches and walk to the national monument, where fireworks can be seen when the walkers arrive. Then, a “Street Party” is organized, which is actually a big music festival in the streets of the city. Then, the bravest, to honor the tradition, jump in the freezing waters of the river!

Note: Planning to have a New Year’s holiday in Sydney? Sydney Expert has a guide on choosing where to stay for your Sydney holiday!

Sydney is the first major city to celebrate the arrival of the New Year. Every year, more than a million people come for the show and the fireworks. The party is televised worldwide. More than 50 illuminated boats pass through Sydney Harbor and the fireworks are a wonderful sight for the whole family. This also makes it a great idea to celebrate the New Year on a cruise and have stunning views of the city.