Varadero Excursions Are Mandatory to See the Real Cuba

VARADERO, Cuba – Varadero is a resort town on the north coast of Cuba and one of its better-known towns. Everything is resort, à la carte dinner, young women in bikinis and tourist traps. The town, built on a small strip of land just a few kilometers wide, has, as its main economic motor, the maintenance and entertainment of vacationers who stay in four- or five-star hotels. Employment, investment, city development and infrastructure all revolves around a white sandy beach perfectly maintained the length of about 20 kilometres.

For this reason, when you leave your all-inclusive hotel and visit the city of Varadero, you see a relatively rich, heaven-like version of a Cuban city. The roads are well-maintained and the city park – Parque Josone – is superb with its artificial lakes.

It’s for this very reason that you must leave Varadero and see the real Cuba.

And the best way to explore Cuba is on a motorcycle.

NOTE: Planning a trip to Cuba? Check out Anywhere We Roam for tips on spending 2 weeks in Cuba!

Just a few kilometers away from Varadero is the city of Matanzas. This place is already noisier, more human than the former. We already see signs of Cuban daily life: pink or sky blue cement houses dotted with cracks and bits of faded mortar; scattered electrical wires supported by wooden poles.

The mechanic, hands full of waste oil, interrupts his work on a 50s Chevrolet to help us refuel. It’s time to leave: another hundred miles to go before reaching the city.

Once Matanzas behind us, we see the highway, the Via Blanca, spread before us like a landing strip. The bitumen is sometimes perfectly smooth, sometimes bumpy and uncertain. Passing cars are almost all old American cars from the 50s maintained by the owner and handed down from generation to generation. There also are a few spent Ladas or relatively new Nissans.

After a few miles, to our left, the Yumuri valley. Huge palm trees, greenery, lakes – and it’s at this very moment that the idea of the motorcycle trip makes sense to us.

The feeling of freedom, the hot and salty wind hitting our faces, the beauty of the landscape, one side, Yumuri; the other, the Gulf of Mexico – it’s absolutely euphoric. The view from Puente Bacunayagua is superb. Everywhere on the road, we pass more and more small houses, children playing and chickens pecking by the side of the road. The chickens aren’t nervous!

Approaching Havana, we’re crossing small suburbs. These towns are obviously poor, but what is striking is that the level of poverty increases gradually as we approach the capital.

At the beginning, the most common houses are small cabanas made of wood and palm leaves, however a radical transformation happens once we arrive in Habana del Este. Crumbling concrete structures stand side by side, gray with only a few small remaining pieces of pink or green paint. The houses do not seem to be larger than a single square room and fences are maintained with materials taken from scrap yards.

At the south of the Bay of Havana, roundabouts are numerous and represent a challenge for even the better senses of orientation. We simply stop on the side of the road with a map in hand, and a motorist stops to give us directions.

We’re driving all the way around the bay, alongside industries, scrap yards and the port of Havana. The Nico Lopez oil refinery is easy to identify with its tall fire-spitting chimney. A trace of black smoke dissipates just south of the city.

In Regla, at sunset, everyone is on the street. People wander aimlessly, smoking cigarettes, talking amongst themselves. Most men are shirtless. The streets are sometimes paved, sometimes dotted with huge holes, sometimes just gravel. The concrete houses all seem deserted. Everything is gray, save for what remains of yellow paint on the walls of the few corner shops.

Varadero Excursions: In the city of Havana

Note: There’s a lot more to Cuba than the space between Varadero and Havana! For a more detailed guide, check out See Her Travel!

Once arrived in town, we need to get rid of our bikes and go Havana on foot, and the best place to do that is the Capitol. Once parked, we plunge immediately into the bustle of the big city. We find ourselves mingling with other tourists cruising to Havana, Cuba.

Although the majority of the city was built following the guides or neo-baroque art deco architecture, the Capitol is a great neo-classical building. Ironically, the Capitol of Havana is very similar to the Capitol in Washington.

In front of the building, there are several passersby. The sun has already set. The amount of tourists is relatively low. We’re asked on every street corner: “¿Quépaís? Where are you from?”

An alleged medical student invites us to follow him to a free concert organized by the faculty. He’s an obvious scammer, but as far as scammers go, he’s still friendly.

We follow our new amigo in the Barrio Chino, Chinatown. “This is a Chinatown without Chinese!”, says our Cuban friend, honestly laughing at his own clever observation.

We enter a small room hidden from view inside the courtyard of a bar, where the air conditioning at full throttle and where the smell of brown cigarettes dominates. The young scammer motions to the waitress who brings us beer, and asks us to pay immediately. 11 pesos for three beers? That’s clearly a catch, we’re leaving.

After managing, somehow, to rid ourselves of the scammer, we can finally walk through the neighborhood. And it’s in poor condition. Several buildings are abandoned and remnants of collapsed buildings sometimes are left there, all the way to the middle of the street. The streets are very dark since there are virtually no street lights on.

The night is pitch black. We can’t see anything, except when a car with its headlights on passes by. The more we go towards the southwest of the city, the more the roads are in poor condition. The art deco architecture is devastated. The pervasive smell of gasoline, combined with a temperature of over 30 degrees Celsius, can make your belly turn.

On a street corner, teenagers have found a way to have fun. A dozen young people dance, shout, sing, drum on plastic buckets with broken branches; someone is playing an old trumpet. Two old people shout: “Cállate” (“Shut up!”) This reaction only emboldens the teenagers who sing mockingly, louder and in chorus, ” ¡Cállate! ¡Cállate! ¡Cállate!”

Then, we reach the city center limits (Centro Habana) and the tourist district (Habana Vieja) shows its face.

This is the mythical place where the Spaniards, then English conquered the largest Caribbean island. It’s also one of the Caribbean locations most visited by pirates in the 17th century.

Now it is one of the most charming neighborhoods in the Caribbean.

Unlike the rest of the city, the streets are well maintained and luxury hotels adjoin the main squares in an atmosphere reminiscent of modern Spain.

There is a group of Cuban music playing in every bar and every restaurant. Tourists dance in bars, and Cubans dance in the streets, enjoying the sound that leaks out through the open windows. The festive atmosphere makes us forget everything: although sometimes lackluster, the city of Havana is very safe.

After having had a beer, a dark rum and a few dance steps with a Russian or an Albertan met in a bar, the bartender asks us: “Do you want cheap cigars?”

Counterfeit cigars are everywhere in Cuba. After one or two days on the island, we must have had them offered to us at least a dozen times. Although these cigars are labelled with rings of the large Cuban companies – Partagas , Romeo y Julieta , Cohiba – they are contraband. The outside layer of the cigar is made of a high quality tobacco leaf, but it’s filled with tobacco scraps that are rejected by real companies. For this reason, the difference in taste between a real and fake is notable.

Things to do in Havana: Paseo Del Prado, Havana

Things to do in Havana: Barrio Chino

Things to do in Havana: A walk down the street

Things to do in Havana: People-watching

The evening draws to a close. But before finding a hotel for the night, we must pass through the Malecón. This is the road that runs along the sea, to the north, and the bay, to the east. Since it is dark, we see only a few yards ahead. On one side, the atmosphere is festive – it’s the tourist district; on the other side, the calm of the sea invades us.

Young fishermen are on the roadside and cast their lines, hoping to find something to eat before going to bed. And this makes us hungry.

A small canteen at a street corner is still open. And contrary to what is offered to tourists in the resorts, here, we find actual Cuban food: rice, black beans, pulled pork, roast chicken, tostones, ham, and a delicious fluffy white bread. One last bottle of Cristal, and we’re off to bed after a long day of miles and discoveries. 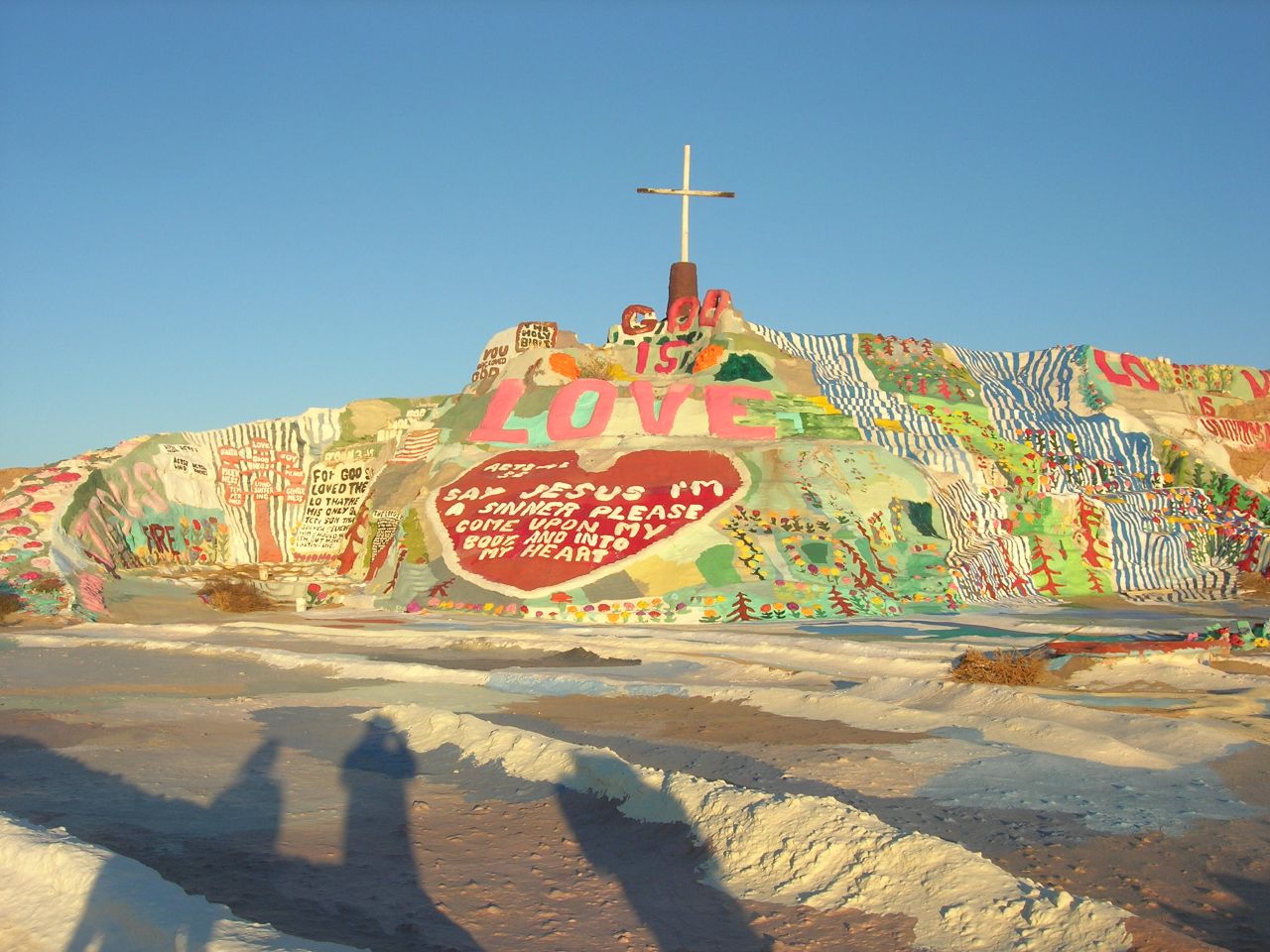 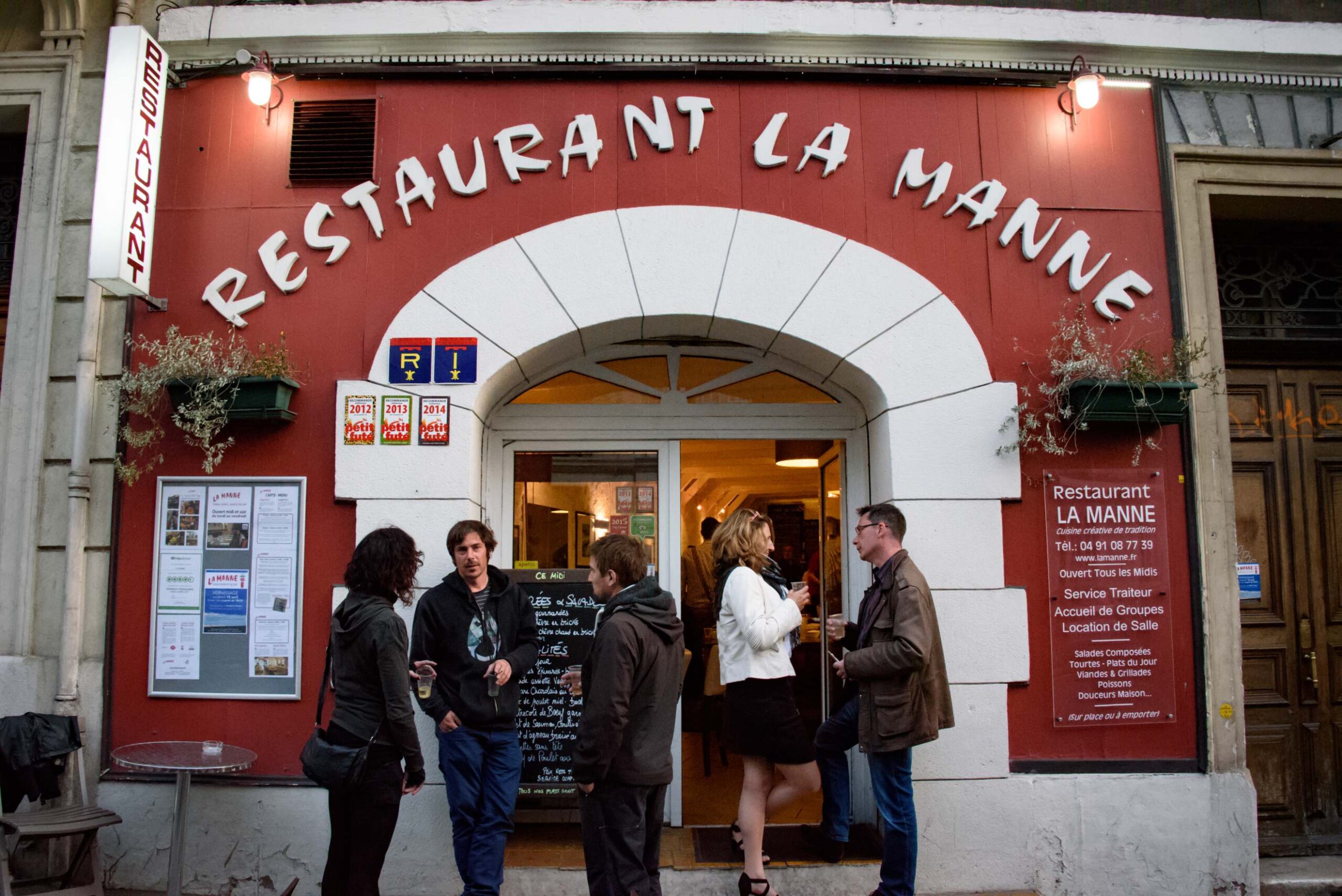 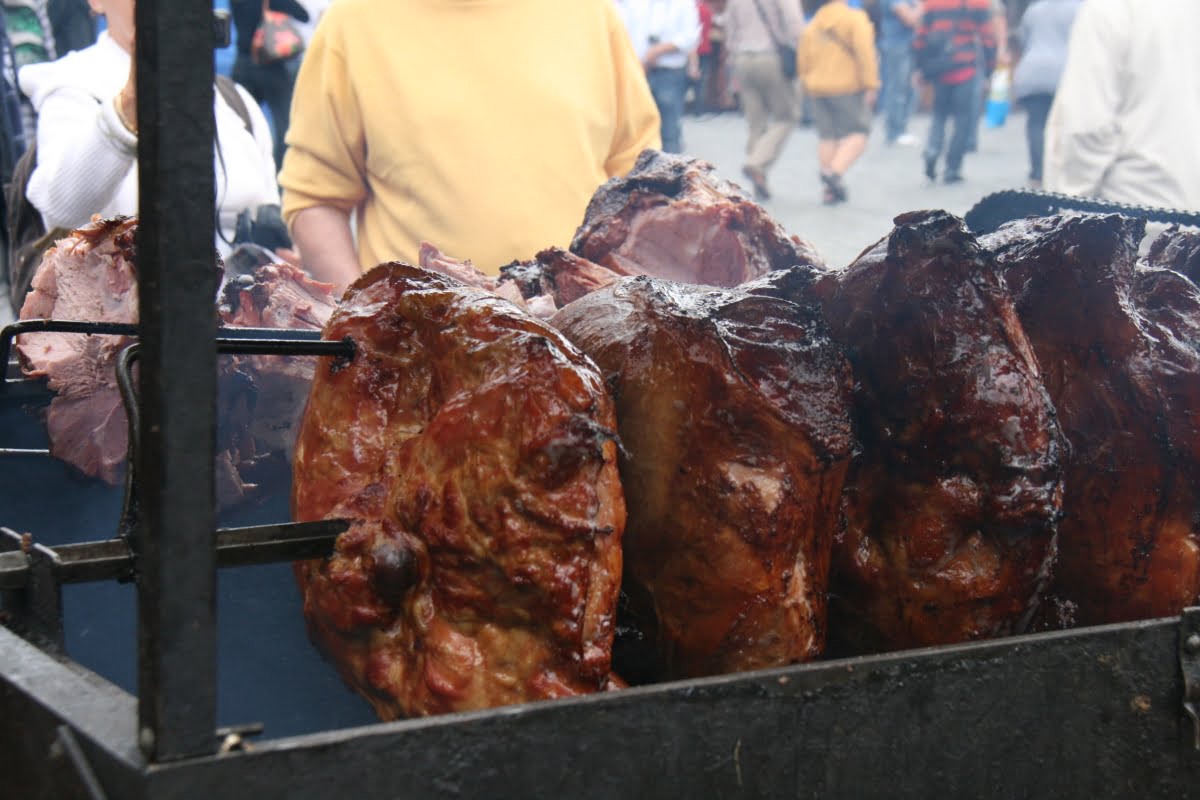 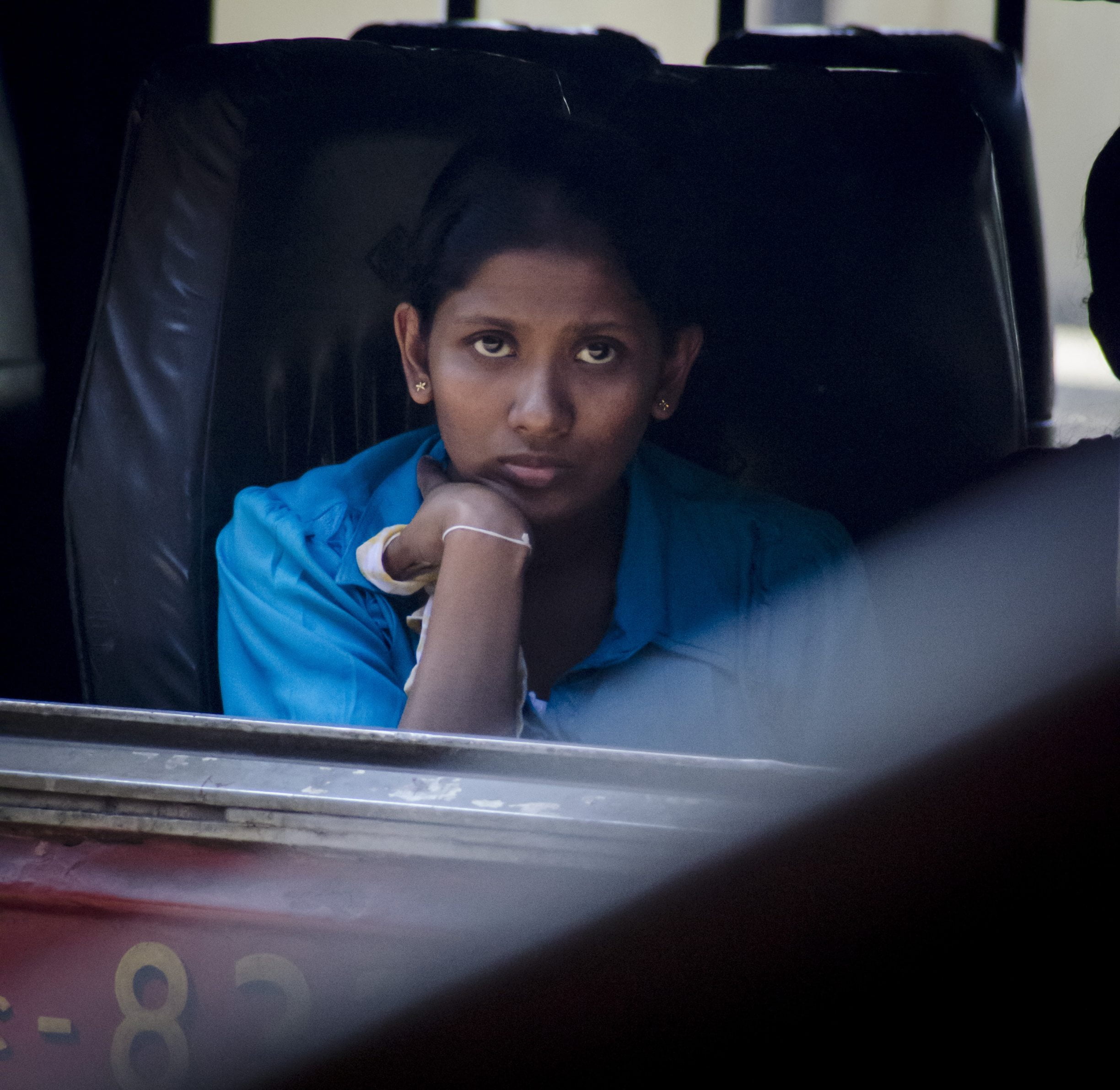 My Impressions of Sri Lanka: The Beauty of the Country is Renewed