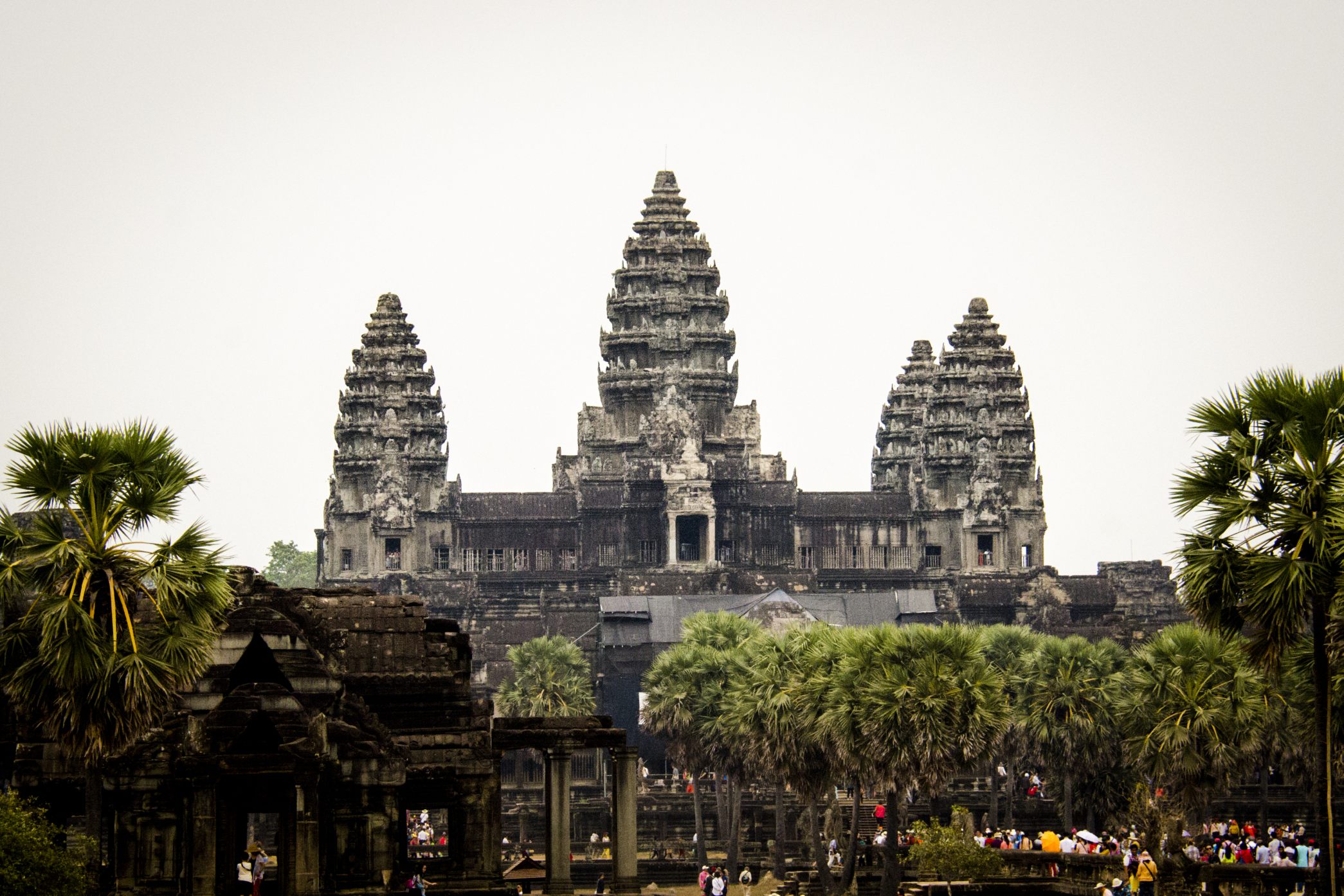 Travel The World On 50 Dollars A Day and visit Angkor Wat!

Travel The World On 50 Dollars A Day? Easy!

You can Travel The World On 50 Dollars A Day if you know how – but mostly, if you know where to go.

Most people dream about having more than a few weeks of vacation a year. And the reason why most people who like to travel toy with the idea of leaving their day job to travel is simple: 99% of jobs don’t offer more than a few yearly days off. But for almost everyone, this dream quickly gives way to anxiety: “What if I can’t find a good job when I return?”, “What if I miss my friends?”, and “What if I get homesick?”

But the question that has the most impact for any potential traveler is probably this one: “What if I run out of money?”

The major spending categories to keep in mind are the following: Air travel, inner-city transportation, food, hotel, entertainment, and general cost of living.

So here are a few tips and seven destinations where most spending categories can be held in check, which will help you travel with less than $50 a day!

When travelling on a budget, the most important expense remains air travel. Using different tools on the internet is your best bet. The best tools will search dozens of sites at once for you. However, some destinations in the world are hubs of global aviation. Traveling from these destinations can save you plenty of dough.

Bangkok is one of these destinations. It is also a world-renowned city, a modern city, an economic metropolis and a city where the cost of living is low (but raising fast). It’s also a great point of entry when you have some Thailand island hopping in mind. The two airports in the capital of Thailand serve 136 destinations in direct flights all over the world, from the Netherlands to New Zealand and Iran.

Where to Stay in Mexico City: Condesa – Roma – The Condesa district has its own special atmosphere

Getting around is at the heart of travellers’ spending, and this is also true once at your destination. Mexico City is a relatively affordable city – maybe a little less so than the other cities in this list – but its subway is big, runs well and serves 195 stations all over the Federal District, all for the modest sum of five pesos, or the equivalent of 40 Canadian cents. Note, however, that travel during peak hours can be very difficult.

Mexico City is also host to one of the best street food scenes in the world, with the ubiquitous taco, which can be had for as little as five pesos per.

My Impressions of Hanoi: Travel The World On 50 Dollars A Day – Downtown Hanoi

Next in the traveller’s list of concerns lies sustenance. If some people are reluctant to eat street food, the budget traveller quickly becomes an expert to find the best food for the best price on the sidewalks of the cities s/he visits. Hanoi is one of the most beautiful destinations to practice your street-eating skills. Pho, banh mi sandwiches, banh cuon rolls, and imperial rolls are all available on the streets and in tiny one-room restaurants in Hanoi, and are some of the most delicious dishes in the world. In Hanoi, it is easy to eat an exceptional meal, at any time of the day or night, for about a dollar.

This is a destination of choice for backpackers since it is easy to find a bed in a dormitory for little money. Also, destinations around the city, such as Ha Long Bay and the rice terraces of the Sapa Valley are popular. It is additionally a great place where motorbike riders in Vietnam can “set up camp”.

NOTE: If you’re planning a trip to Vietnam, check out YOLO Travel Experiences for an adventurous 10-day Vietnam itinerary.

It is a well-known fact that a lot of travellers like to have a drink. And in Siem Reap, a pint of beer costs about 0.70 CAD. A pitcher usually sells for around $ 3.75. What more can be said?

Siem Reap is also the closest town to the famous temples of Angkor Wat. Should you find yourself in this part of Cambodia, it would be helpful to have an ultimate guide to Angkor Wat.

Having a comfortable place to lay your head at a low price is sometimes complicated. Fortunately, in Nepal, it’s rather easy. The traveller who wishes to pay as little as possible for his bed may have to endure rather difficult conditions, but it is nevertheless easy to find a dorm bed for three dollars a night in Pokhara. Looking for something more comfortable? Several hotels offer rooms at rates as low as six to eight dollars for single occupancy.

Pokhara is the most touristic city in Nepal. The majority of travellers head there immediately upon arrival in Kathmandu. Hiking is the main attraction of Pokhara.

What should I expect from Goa: Cows on the Beach

6. Travel The World On 50 Dollars A Day: Goa, India – Entertainment

Most travellers travel do so to entertain themselves. Las Vegas has got it right, with its casinos, shows, sporting events and clubs. Yet a budget-conscious traveller would be nuts to head to Vegas! No, the destination of choice for people who want to have fun is Goa, India. In Goa, the beaches are the main attraction and are all free. This also means that the beach parties that make Goa’s reputation are also either free or very affordable.

7. Travel The World On 50 Dollars A Day: Kiev, Ukraine – In general

Kiev, Ukraine, is currently the cheapest destination on the planet. It was true before the war with Russia and the dramatic fall of the value of the Ukrainian hryvnia which started in 2014 only exacerbated this fact.

In Kiev, everything is affordable: taking the metro would cost about ten cents; a taxi would rarely exceed two dollars; it is possible to eat well for about four dollars; a beer would be around a dollar fifty; a room, about five dollars a night; and the Tchernobil Museum, for example, costs 30 cents to visit.