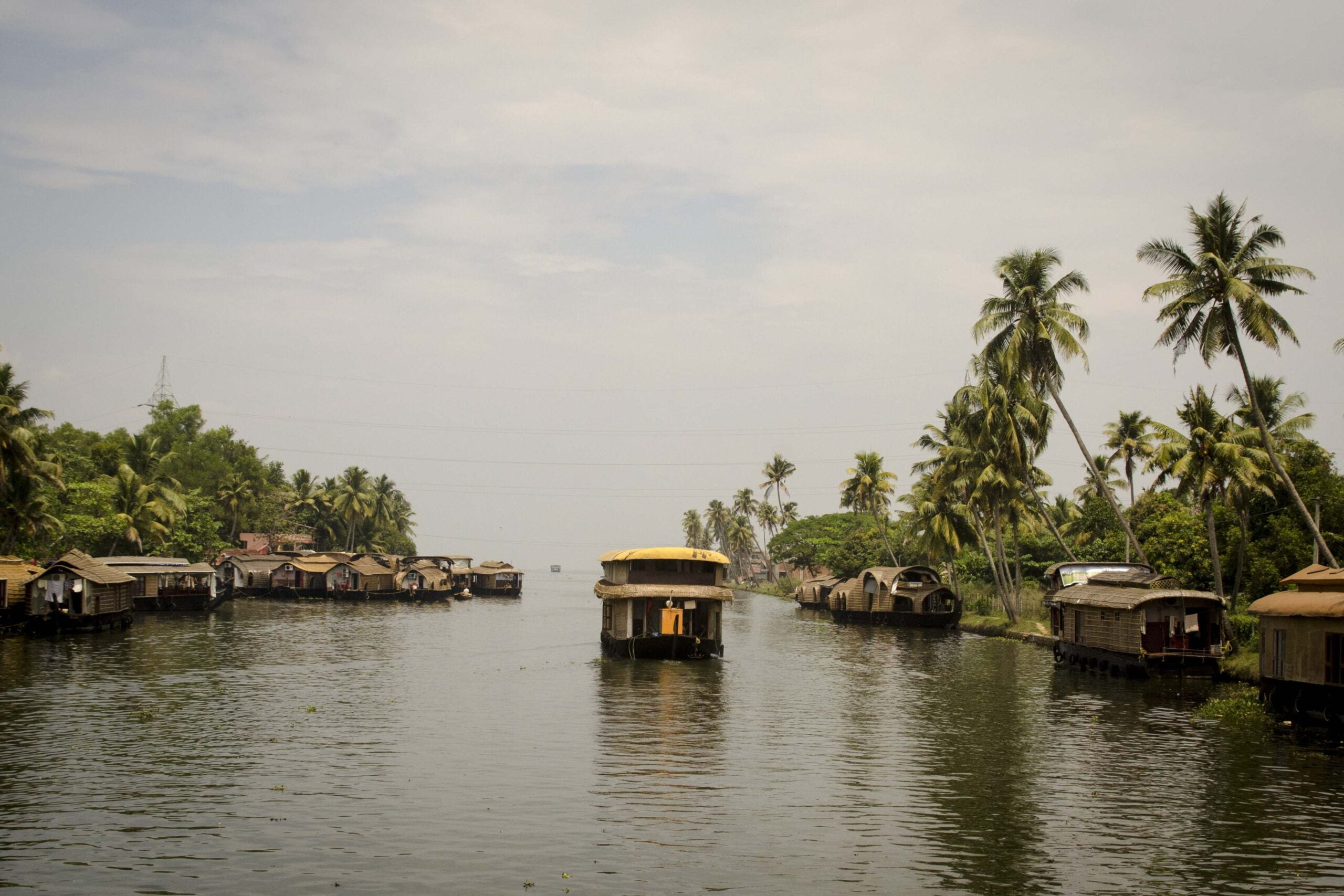 Things to Do in Kerala, India
Home
Destination Guides
KERALA

Places to visit in Kerala: Table of Contents

Where, How?
Kerala on C&C
Best Time To Visit Kerala
Personal Notes
Where to Sleep
Let’s Eat!
Let’s Go For a Drink
What to See and Do
Tipping in Kerala
Common Scams & What to Avoid
C&C’s Google Map of the City

Kerala Travel Blog: Where, How?

Airport Notes:  Of the three, TRV is best connected to India’s major cities and the rest of the world. There are charter flights from London, New York and Moscow that are serviced by TRV. There are also over two dozen international carriers that fly to and from Kerala. In addition, there are local carriers that connect Kerala to domestic destinations.

Transportation to-and-from the airport: Trains and shuttles are usually heavily booked. Also, as with anywhere in India, taxi and autorickshaw drivers – official or not – can be very aggressive when you step out of the airport (I get nauseous with anxiety just thinking of it). If you can, try to walk a few blocks away from the airport and hail a taxi from there. If it’s not possible or if you have a lot of luggage, look for official taxi booths and buy your fare there.

There are a couple of inter-city trains that are convenient for long distance travel. Road is the most popular however with almost every part connected by road. It is not advisable to drive. You are better off in a tourist taxi. On a motorbike you will experience Kerala better – sounds, smells and all. Hitchhiking is only possible on the hilly and plantation areas. The bus system is the most popular means of transport especially if you are budget conscious. Autorickshaws are three-wheelers that are convenient for travelling short distance. Ferries traverse Kerala’s extensive water bodies.

Negotiate the price of your journey before you get on. You’ll avoid a lot of problematic situations that way.

Just like anywhere, Uber is cheaper and safer. It’s available in Kochi! If you don’t already have an account, use this link and get 15 dollars off your first ride!

Navigation tips: The ocean is westward!

More About Kerala on C&C

Places to Visit in Kerala-Kerala Travel Blog: Kochi, in Kerala

First of all, Kerala is a province, not a city. The cities of Kerala that are most known are Kochi, Alleppey and Varkala. The largest city is Thiruvananthapuram, which is a city close to the very tip of the subcontinent, and it’s probably the largest at only 900,000 people. Therefore, it’s a rural province of India, unlike one of those famous gigantic metropolises. It’s also a communist state, which means that it really has its own rules and its own ways of operating. It’s absolutely nothing like what you could probably imagine if you’ve never been to India. It’s also a dry county, so the attitudes towards alcohol are a bit different than the rest of the subcontinent.

It’s all about the beaches! That’s probably the number one reason why anybody goes to Kerala – to go and relax on a beach setting. Another very unique thing about Kerala is the backwaters. The backwaters of Kerala are basically a network of lakes, canals and rivers that are inter-connected, on which boats will travel at very slow speeds for tourists. It’s very relaxing and enjoyable. That being said, making a backwater tour can be a bit boring because it’s the only thing you’re doing – you’re sitting on a boat all day and looking at the scenery. Kerala is also a place in India where there is no stress; people are very laid back. Of course, it has its unique food, different from the Indian food that we’re used to in the Western world.

I told you earlier that this is a dry county, so the attitudes towards beer or alcohol in general are a little different than the rest of India. I was in a restaurant in Alleppey with a few friends. We just sat down, looked at the menu, and I asked if there was any beer. The lady looks at me and says ‘No, we don’t have any beer, we only have tea. Would you like to have tea?’. I said ‘Sure, tea is fine’. So, we ordered our food. Then the waitress comes up and offers us tea. She sets a teapot and some teacups on the table. I take the teapot and start serving everybody. What pours out of the teapot is cold beer! “Golden tea”, IYKWIM. As I said, it’s a different attitude over there.

Places to Visit in Kerala-Kerala Travel Blog: The Backwaters of Kerala, India

Remember that Kerala is a large province. Here are a few hotel tips for Kochi only.

The Malabar House started the boutique hotels trend in Fort Cochin. Each of its rooms has their own unique décor and there are art features all over the hotel. Trinity is an outpost of Malabar House and shares its restaurant. It is worth a try too. If you prefer high end options as answer to you question on places to visit in Kerala, you might try this.

Of course, there are also the major chain hotels in Kerala such as Kochi Marriott Hotel and Le Meridien Kochi.

Here’s my lone hotel reccomendation that’s not in Kochi: Shalimar Spice Garden, a cottage resort with simple lodging and a chill atmosphere is ideal to explore Periyar Tiger Sanctuary from.

If you are looking for inexpensive options on places to visit in Kerala, you might be interested in this.

Unfortunately I only have very few suggestions. There are two reasons for this. First, Kerala is a province, not a city, so it’s difficult to focus on all the good places over a whole province. Second, most of the restaurant lists out there are tourist traps or high-end Western-food places. Kerala does have some good restaurants, but the best places to eat are tiny roadside stalls and small ramshackle restaurants that aren’t on Google Maps.

When you a make decision on places to visit in Kerala, check also about the restaurant options.

I’m telling you: the best food of Kerala doesn’t have a website.

Rum here, there, everywhere! And Kallu (local liquor) too.

Drinking in public is not allowed.

The most important thing to know is that Kerala is a dry province. This means that the local population’s attitude towards alcohol is very different compared to the rest of the country.

Second thing: men are the biggest alcohol consumers and you will definitely not find women partaking in drinking in bars. When you decide on places to visit in Kerala, keep in mind the bar and beverage options available.

This means that you’ll mostly be able to find alcohol in 5-star hotels. I’m not saying that you wont be able to have a beer with your meal in restaurants that mostly cater to foreigners, but remember that alcohol is restricted in Kerala.

Kerala Travel Blog: What to See and Do

Get to see the source of your green and black tea on the mountaintop town of Munnar, which is also a preferred spot for vacations by Indians.On the way to Munnar, stop by one of the restaurants for some ‘Fish Fry’ – fish that’s nice and crispy on the outside but moist on the inside.

When you pick your option on places to visit in Kerala based on what you want to do and see in the city.

Also visit one of the spice shops that promise to treat anything that ails you.

For spectacular aerial views of Kerala, hike to the top of the mountains of Munnar.

For a course in Keralan cuisine, take a cooking class by Nimi’s Culinary Adventures.

Take a walking tour of Cochin and get to see St. Francis Church – where Vascodagama was buried – and other places like Jew Town and Paradesi Synagogue.

Watch a Kerala Kathakali presentation, an extreme and more colorful type of Japanese Kabuki at one of Kerala’s Cultural Centers.

If you are staying at a lakeside resort, make sure you get a houseboat rental to view riverside homes and take in the scenery.

The Shikara rides at Alapuzzha also have some stunning views to offer.

If you happen to be in Alapuzzha between July and September, be sure to watch the colorful snake races.

Did you know you could give an elephant a bath? Well, you can do that and other things at Kodanad Elephant Sanctuary.

Get to experience village life for a day – crab farming, paddy cultivation, fishing and all -at Kumbalangi Integrated Tourism Village.

Places to Visit in Kerala-Kerala Travel Blog: Kerala at night

Just like in most of Asia, it is quite uncommon to tip. However, it is still a nice gesture. You can tip 7-10% of the total cost of the bill.

As with anywhere in India, women need to be careful of the way that they dress and behave. The simple fact of being in a bikini on a beach can be seen as troubling for the locals. I understand that this is a decision that everybody makes for themselves. But everybody has to be aware that there are risks attached to dressing a certain way for women in India in general, including Kerala.

Other than that, since it’s a rural setting, I have not witnessed any pickpockets or crime at all. As with anywhere in India, auto rickshaw drivers can be a bit aggressive. You have to make sure that you negotiate the price before you get in, because most of those rickshaws don’t have a meter, and even the ones that do have one refuse to turn it on most of the time.

When you decide on places to visit in Kerala, be sure to avoid  these places.