Artisanal beer in Quebec is important. So much so, in fact, that some who love the best Quebec craft beer are vying for the microbrewery pioneering title with Americans! South of the Canadian border, it is said that the first “micro” of the modern era, New Albion Brewing Company, opened in 1976 in California. Yet the Lion d’Or pub in Lennoxville has been around since 1973.

The microbreweries of Quebec are holiday destinations. Really! Who doesn’t like to have a pint on the terrace, especially when the pint in question is the result of the work of local artisans?

Everything you need to know about the microbreweries of the province of Quebec is here. But what about the craft brewery scene in… Kiev, Ukraine? Check out Megan Starr’s Craft Beer Guide to Kiev!

Dunham Brewery, in the Eastern Townships, is located in a beautifully renovated barn and offers relatively light beers. Their American Pale Ale offers a nice balance between malt and hops and great drinkability. On the side of more sophisticated beers, their Russian Imperial stout is surprisingly delicate and accessible despite its 9% alcohol. If you are passing through, check out their calendar of events, you may be lucky enough to be able to attend to a concert!

In Montreal, everything is a little bigger than elsewhere in Quebec. It is for this reason that the McAuslan brewery is, frankly, more imposing than the other microbreweries on this list. It provides a beautiful vista via the terrace along the Lachine Canal on Saint Ambroise Street. McAuslan beers no longer need an introduction. Let’s not forget the all-new St-Ambroise Oak Aged Pale Ale, a beer aged in oak barrels, with a semi-woody, half-fruity aroma. A special treat for the Quebec beer lover.

In Saint-Jérôme, there is a microbrewery that has been seducing Quebec beer drinkers for years. Its most famous beer, the Pêché Mortel, an imperial stout, continues to surprise those who taste it for the first time. And the Saint-Jérôme pub is much more spacious than the other Dieu du Ciel location in Montreal!

Shawinigan is not a city that is part of the ordinary tourist trails–even more reason to go! Here the quality of the beer is paramount to everything else. This microbrewery is the recipient of dozens of awards, from Germany to Belgium via England and Canada. La Saison du Tracteur, la Pitoune, Sang d’Encre, MacTavish, as well as Buteuse, all have been awarded at one time or another, and some more than once!

The festive atmosphere in this microbrewery in the Saint-Roch district is definitely worth a visit. Korrigane beers are always evolving and the people behind these spirits are working hard to improve their recipes.  A large room, friendly people and excellent service, in addition to the Cornik, a stout conditioned with nitrogen – much like Guinness – blend perfectly to make it a beer destination in Quebec City.

On the edge of the lake, near the beach of Saint-Gédéon, the Micro du Lac is a destination unlike any other. The large terrace or small bungalow that serves as a bar is super-charming and the service is just as good. Here, as elsewhere, the Quebec beer stands out: if there was to be only one beer to drink at the Micro du Lac, make it a Turlutte! It is a light beer, thirst-quenching and excellent during a hot day.

In Gaspésie, a microbrewery is out of the ordinary, by its original design, but also by its ingredients. The malt used comes from the barley that grows on a Gaspé farm. The result is a product of the area itself. The beers of the Micro Pit Caribou are racy, tasty and frank, making Percé one of the most unique holiday destinations in the world! 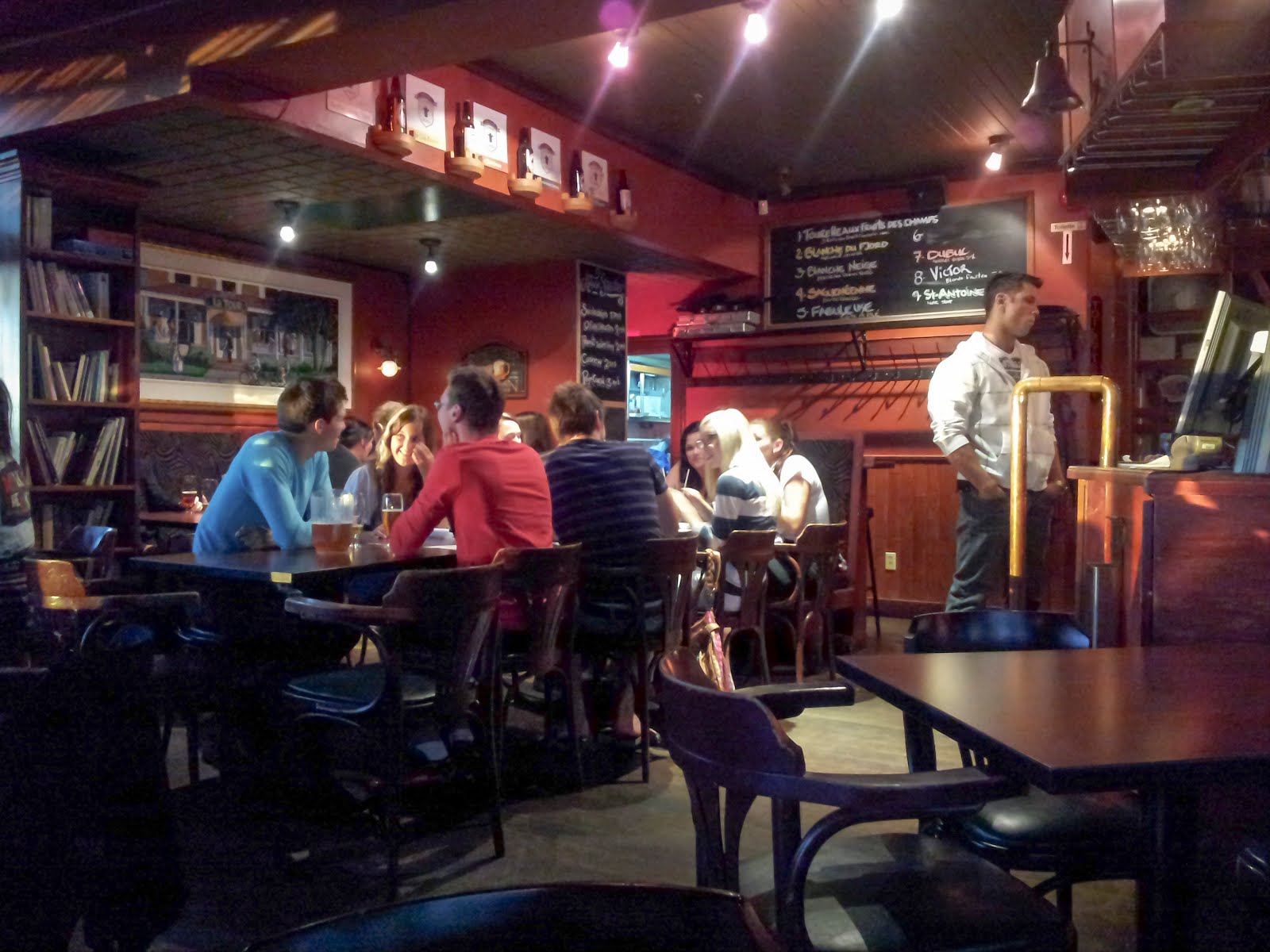