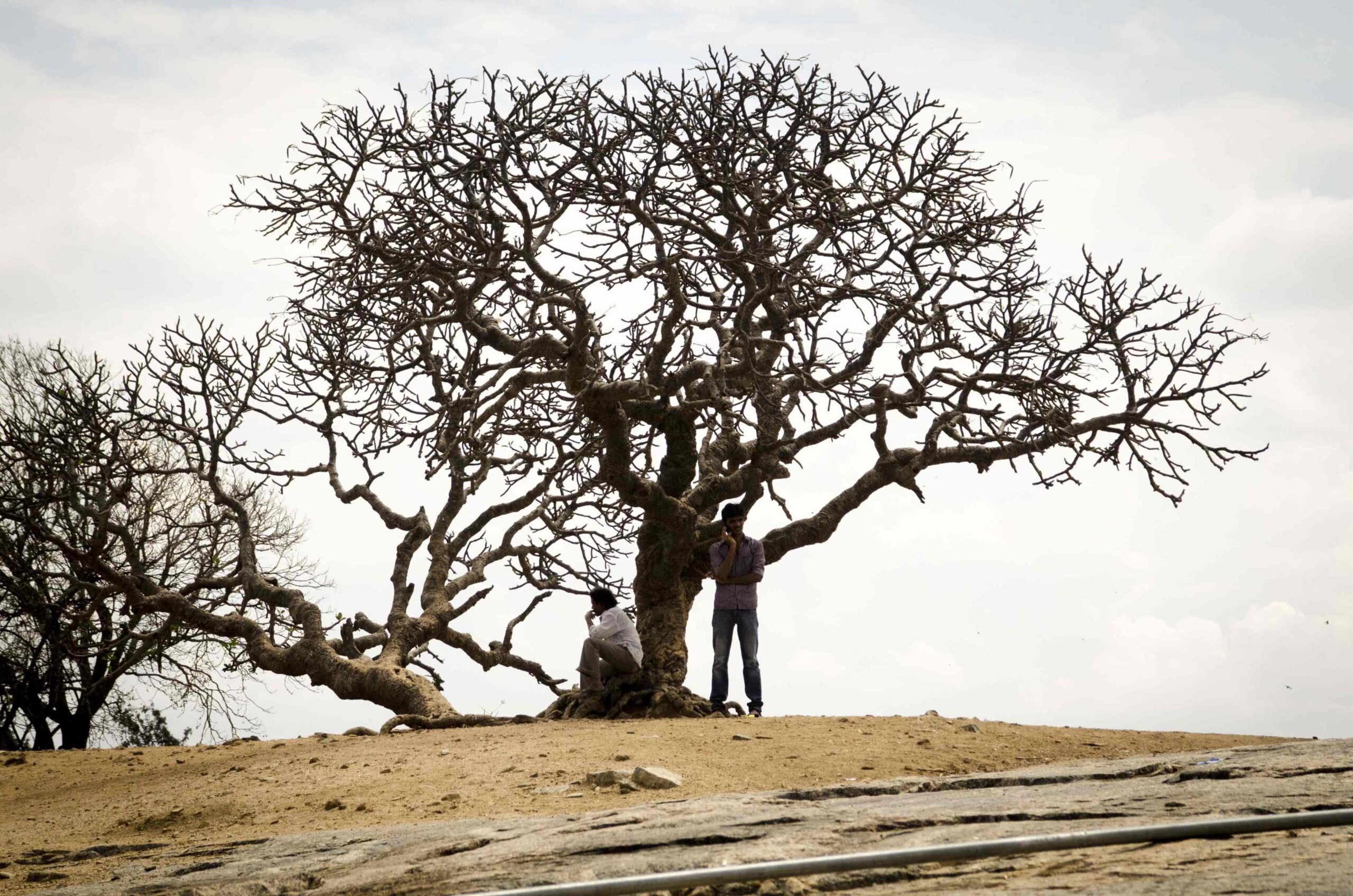 My impressions of Bangalore

My Impressions of Bangalore: A Layered City

BANGALORE, India – Getting off the train at Bangalore central station, with backpack and a water bottle in hand, we’re shoved by a man, wearing a dhoti and sporting a dirty dusty skin, trying to enter the train before its exiting passengers can set foot on the ground. Having worked our way out of the train despite the uproar caused by this man, our senses are immediately attacked. My impressions of Bangalore will unfold by layers.

First, the extreme heat of the dry month of March is striking. The bare sun rubs us like an abrasive on the forehead and nose. Then the smell of sweat comes and goes in waves, depending on the passerbys. The station is swarmed with people. Many are lying on the floor. Some bystanders have bags and seem to be waiting for a train, but others seem to have taken root there with no intention to move.

Upon exiting the station, autorickshaw drivers take up all the space. All dressed in brown shirts, they assail us, clap their hands to get our attention, shout, whistle, sometimes forcibly grab us by the arm. “Auto? Auto? Taxi? Whereyougoin?” They gesticulate and make loud smacking noises with their lips when they see a stranger. They refuse systematically to enable the counter of their minitaxi and sometimes demand up to 200 times the regular fare for a white patron. Once the address is given, we leave the station. And chaos will only crescendo from there.

My Impressions of Bangalore: Boys Hanging Out

My Impressions of Bangalore: A Kid on a Bike

Authorities have painted beautiful white lines on the main streets to mark the lanes; however these are only suggestions for Indian drivers. Sometimes six cars wide on a two-lane street, rickshaws, motorcycles, trucks, brand new cars and cars from the fifties onwards honk and try to pass without stopping, doing increasingly dangerous maneuvers.

It is only once out of the city center – old, dirty, littered with cow dung and waste, concrete buildings crumbling, and dust and diesel invading our nostrils – that we can finally drive a little more freely. Our rickshaw is gaining ground towards the highway that forms a ring around the city.

My Impressions of Bangalore: Employment, status and the caste system

Bangalore is considered the call center capital of the world. The impacts of this wealth of employment in this country – generally very poor – are felt in the suburbs. My impressions of Bangalore will inevitably be filled with call center employees.

There are clubs, bars, restaurants, clean streets and straight sidewalks, and even microbreweries – Roof and Biere Club, among others – and a lot of western music, food from around the world, especially American and Arabic, and cafes. There are shopping malls where Indians actually shop – as opposed to, say, shopping malls in Chennai, which are empty save for a few white tourists.

My impressions of Bangalore seem to be layered. Its center, where the poor India, smelly, dusty and chaotic that we see in documentaries, to its suburbs, sparkling , bejeweled, inhabited by proud men and elegant women, seen in the romantic comedies of Bollywood.

Today in India, in theory, it is illegal to discriminate on the basis of caste of origin. But in practice, it is not so simple. The caste system has created human categories; children of the men who were responsible for the humblest tasks do not have the same opportunities as the descendants of members of the former richest castes. Indeed, even today, marriages between different castes are rare. Bangalore is divided as was the India of castes: poor to rich, from illiterate to educated, from pestilential to doused in perfume.

It is therefore necessary, in Bangalore, to know who you’re talking to. Hotels in Bangalore, for example, cost $15 to $250. However, the quality of the hotel, the service and the cleanliness of the room do not necessarily correlate with the price: some $20 hotel rooms can be worth more than rooms that would cost you $50 in another part of town. Same with the service: a restaurant can offer excellent food at $3 for a meal and the restaurant charging $30 may also serve you bad food. Telecommunications? Same thing: the price does not dictate what you get, so patience is a virtue. Repeat your request from employee to employee until you get what you ask for.

All in all, Bangalore, which seems built like a house of cards, is functional. It has been for decades. This is what is absolutely phenomenal, exotic, striking, captivating about this city: it keeps on keeping on, despite what is visible to the naked eye, to be operational. It does not implode; it has its own culture that is strong, turned towards the Arab world and towards the West, although it is settled dead in the middle of India. As a Westerner, the first reaction is to wonder why no one has tried to instill a sense of order, if someone has been put in charge of cleanliness, traffic, strict rules, discipline… and then we quickly realize that we have no idea, absolutely none, of what India really is. Every time we think there should be a way to control the chaos, we understand how small we really are.

My Impressions of Bangalore: Everyday Life

My Impressions of Bangalore : The Ubiquitous Cows

My Impressions of Bangalor: e Onion Chapati and Curry

My Impressions of Bangalore: The Barber